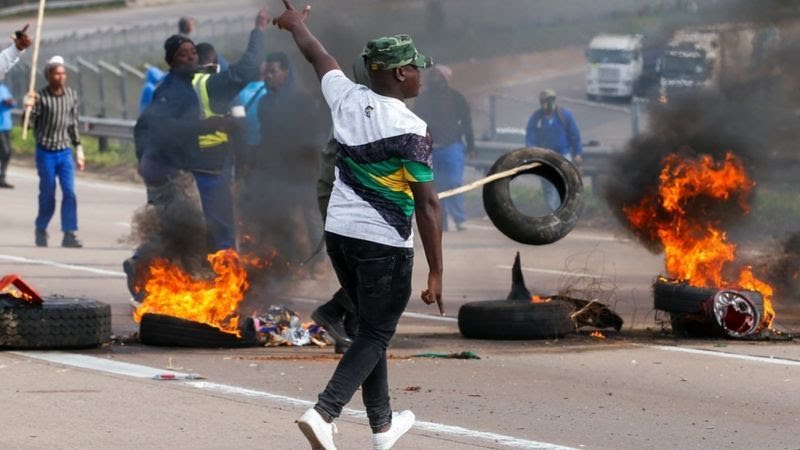 The 21-year-old student in a recent interview with Crime Fighters denied having a hand in the death of Mr Ataga, weeks after confessing to strangling and stabbing him.

She revealed that Ataga had marital troubles at the time and described him as very temperamental. She also noted that he led a busy but private life and was into women and drugs.

According to her, she returned to the apartment moments after stepping out to purchase a re-fill of their supply of food and drugs, only to find Mr Ataga already dead. She stated that she didn’t raise an alarm when she discovered that the deceased had been attacked to avoid implicating herself.

“The room was already in disarray like someone broke in, then I saw him on the floor. I didn’t know what to do. I was afraid. If I had raised an alarm, I would have been arrested because we were the only ones in the room,” she said

Ms. Ojukwu further denied having N10million in her account, adding that the N400k-500k in her account were the proceeds from the laptop given to her by the deceased which she sold.

The Lagos State Commissioners of Police, Mr Hakeem Odumosu, however, in reaction to the suspect’s latest testimony described her contradictory statements as “traits of an avid criminal” noting that the police would not leave any stone unturned in the case.

While some have opined that it confirms widespread speculations that she did not act alone, others are still finding it hard to buy into her claims. A few, however expressed disgust at her countenance during the interview.

See reactions from Nigerians below:

Shops and stores have been looted as violence followed the jailing of former South African President, Jacob Zuma.

According to reports, the unrest erupted in Zuma’s home province, KwaZulu-Natal, where he is serving a 15-month sentence for contempt of court, and has spread to various provinces of the post-apartheid country.

The court is investigating widespread allegations of corruption levelled against the Ex-President.

President Cyril Ramaphosa condemning the resort to violence by Zuma’s supporters, stated that the development would have damaging effects on the country’s economy amid the COVID-19 pandemic.

Footages from Nigerians in South-Africa lamenting damages done to their properties and businesses have since sparked allegations of Xenophobia online. These claims have however been countered as untrue.

Racist comments directed at three black players, Marcus Rashford, Bukayo Sako and Jadon Sancho in the wake of England’s European championship loss to Italy on Sunday night has been widely condemned by Nigerians on social media.

The trio became the subject of racist abuses after they missed their respective penalties in the 3-2 shootout loss to Italy in the final at Wembley.

The defeat didn’t go down well with English fans who immediately took their frustrations out on Italian fans after the match as well as the English players of immigrant descent.

The racist abuse drew widespread condemnation from across the globe. And Nigerians on social media were not left out.