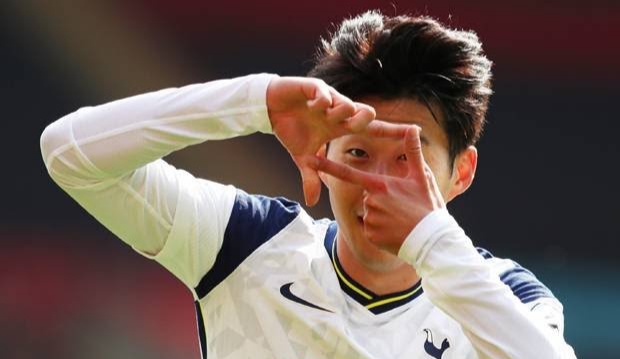 Tottenham Hotspur forward, Son Heung-Min has relished the goal he scored against Burnley last year after he was announced winner of the 2020 Puskas award.

The South Korea international ran from one box to the other, cutting through the Clarets defence before finishing.

Son, who has been in great form for Spurs lately, bagged the Puskas award for best goal at the FIFA The Best award ceremony on Thursday.

Reacting to the award, Son talked about the goal and how he felt after watching the replay on television.

“Great, great! It was so nice – when I got the ball, I tried to pass, received it in my own box, couldn’t find any option and started to dribble, and after two seconds was in front of the goal – it was such a surprise, such a beautiful goal,” Son said.

“They (my team-mates) should give me more options… I am joking! I made a great run, great goal, so I am grateful for my team-mates as well.

“After I scored, I didn’t realise it was that amazing – after the game, I watched it again, and was thinking ‘wow, this is something special’.

“During the game you focus, afterwards I was so surprised that I was so far away, so many people around me. It was an amazing feeling,” he added.

Son has bagged 10 goals for Tottenham this season in 11 appearances, and has been an important figure for the Jose Mourinho side.