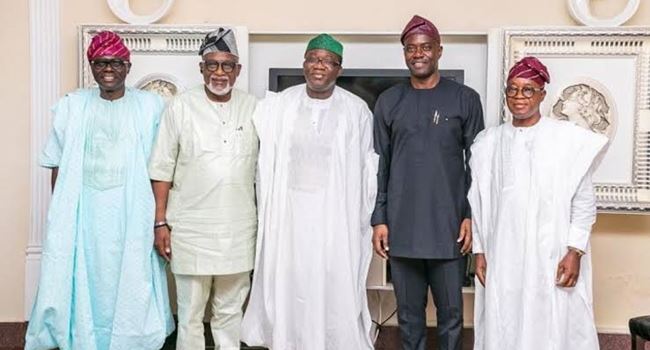 The 17 governors in the southern region are set to meet in Lagos State on Monday to discuss President Muhammadu Buhari’s order to the Attorney General and Minister of Justice, Abubakar Malami, to dig up a 1963 gazzete on the recovery of grazing routes for herders.

The meeting which is coming eight weeks after their inaugural meeting in Asaba, Delta State, will also assess the decisions taken at the earlier meeting on the open grazing ban, restructuring, fiscal federalism and the call for state police.

The governors who would be hosted by Lagos State Governor, Babajide Sanwo-Olu, at the meeting which is scheduled to start by 10am, will have all the southern governors in attendance.

At the Asaba meeting, the governors had come up with a communiqué which banned open grazing as part of moves to address killings and kidnapping by herdsmen, but the President, in a recorded television interview in June, said he would mandate Malami to dig up a gazzete meant at recovering grazing routes.

When asked if he was in agreement with the AGF’s stance on open frazing, Buhari had responded:

“You want me to contradict my attorney-general?

“What I did was to ask him to go and dig the gazette of the First Republic when people were obeying laws.

“There were cattle routes and grazing areas. Cattle routes were for when they (herdsmen) are moving up country, north to south or east to west, they had to go through there.

“If you allow your cattle to stray into any farm, you are arrested. The farmer is invited to submit his claims.

“The khadi or the judge will say pay this amount and if you can’t, the cattle is sold. And if there is any benefit, you are given and people were behaving themselves and in the grazing areas, they built dams, put windmills in some places there were even veterinary departments so that the herders are limited. Their route is known, their grazing area is known.

“So I asked for the gazette to make sure that those who encroached on these cattle routes and grazing areas will be dispossessed in law and try to bring some order back into the cattle grazing.”