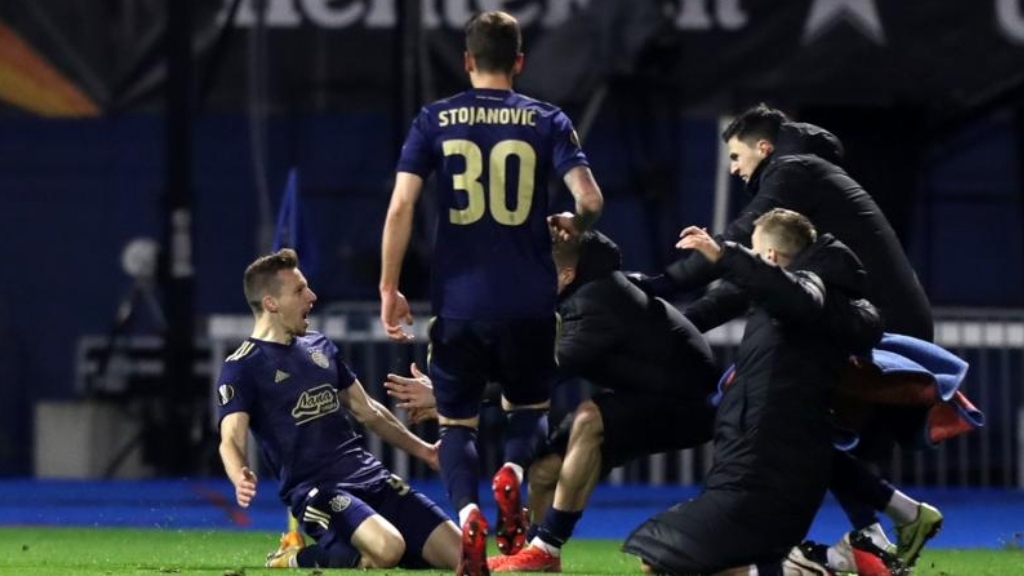 Tottenham Hotspur have been knocked out of the Europa League after squandering a 2-0 first-leg victory in their round-of-16 tie with Dinamo Zagreb.

A sublime hat-trick from Mislav Orsic completed a remarkable second-leg turnaround for Zagreb, who cruised into the quarterfinals.

Spurs secured a 2-0 victory in London last week and appeared to have a foot into the next round as they dominated the encounter.

But Orsic scored in the 62nd and 82nd minutes to level the tie, forcing it into extra time and scoring on 106 minutes to wrap up the comeback.

In the other ties played concurrently, AS Roma came from behind to beat Shakhtar Donetsk 2-1, to win the tie 5-1 on aggregate; Molde lost 2-3 on aggregate to Granada despite winning 2-1 in the second leg clash.

Arsenal are also into the last-eight despite a 1-0 defeat to Olympiakos. The quarterfinal draw will take place on Friday.