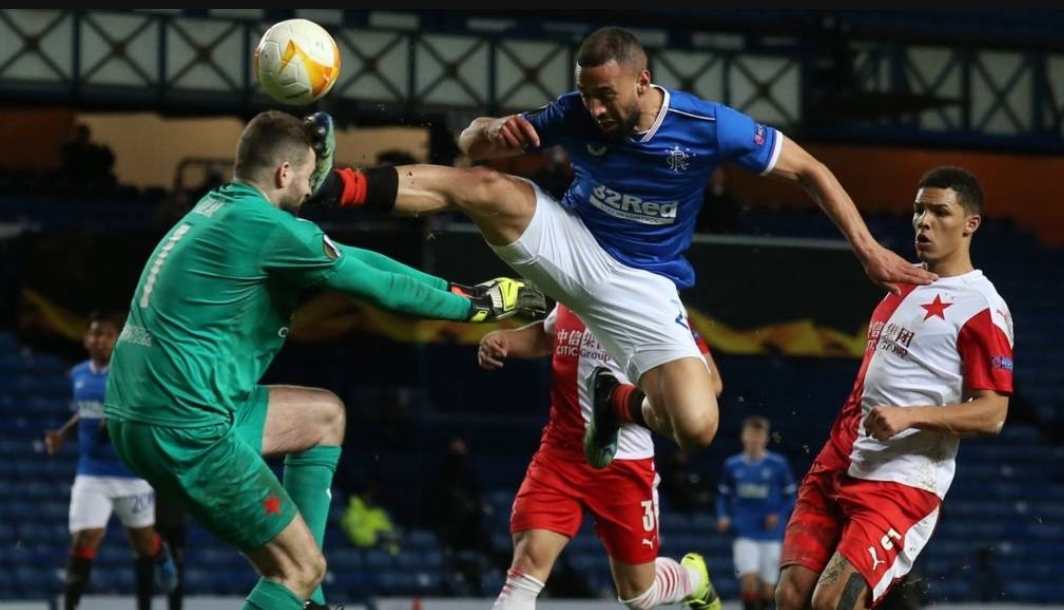 Super Eagles defender, Leon Balogun was shown a red card on Thursday as Rangers fell to a 2-0 home defeat to Slavia Prague in the Europa League.

Balogun was sent off in the 73rd minute after a second yellow card, and was the second player to go out as substitute Roofe was also sent off for high foot on 61 minutes – six minutes after coming on.

It was a poor outing for Rangers, who before the game had not lost at Ibrox for over a year.

Rangers’ dream of a first-ever Europa League quarter-final was ended as they lost 3-1 on aggregate, having played a 1-1 draw away in the first leg.

Super Eagles midfielder, Joe Aribo was also in action for Rangers. He was silent for the most part but also picked up a yellow card.

Goals from talented midfield duo Peter Olayinka and Nicolae Stanciu in each half secured a deserved win for the Czech league leaders.

Slavia got to this stage in a similar manner – they had been held to a goalless draw by Leicester City at home before traveling to the King Power Stadium to stun the Foxes.

In the other Europa League clashes played concurrently, Villareal defeated Dynamo Kyiv 2-0 to seal a 4-0 aggregate win, while Ajax also defeated Young Boys 2-0 away to complete a 5-0 aggregate rout.