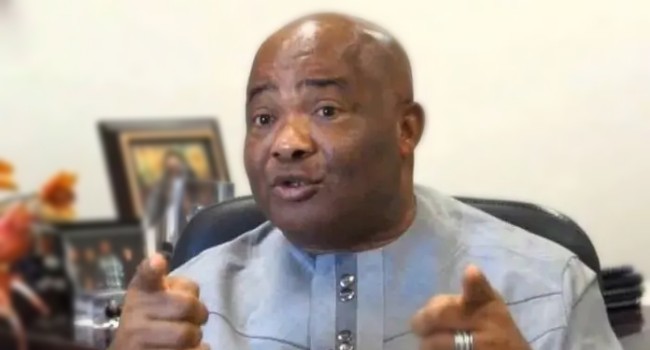 The Supreme Court on Tuesday affirmed Hope Uzodinma as the governor of Imo State.

The apex court sacked the application by the state’s former governor, Emeka Ihedioha for the review of its January 14, 2020 judgement.

In its earlier judgement of January 14, the court had sacked Ihedioha of the Peoples Democratic Party (PDP) as the governor of Imo State.

It declared Hope Uzodinma of the All Progressives Congress (APC) as the state governor instead of Ihedioha.

But Ihedioha and his PDP party, not satisfied with the ruling, returned to the apex court urging it to review and reverse its earlier ruling.

However, after adjourning hearing of the matter twice, the Supreme Court on Tuesday finally listened to the matter.

In its judgement, a seven-man panel of the apex court, led by the Chief Justice of Nigeria, Justice Tanko Muhammad, in a split ruling of six-to-one, said that the application by Ihedioha was like an invitation for it to sit in an appeal over its judgment.

It, therefore, said the application for the review of its earlier ruling lacked merit and dismissed it.