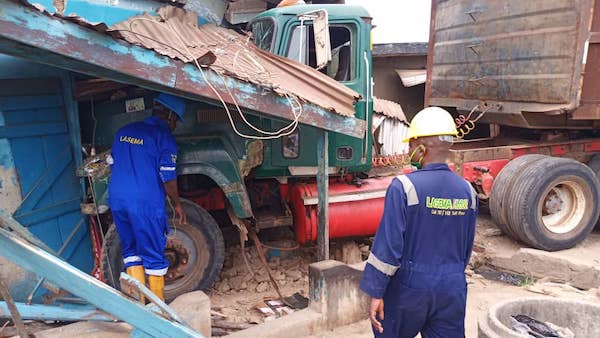 An articulated truck crashed into a residential building in Owode-Onirin area of Lagos on Thursday.

He, however, said nobody was hurt in the incident.

The LASEMA chief blamed the accident on reckless driving by the truck driver.

Oke-Osanyintolu said: “The articulated truck veered off the road and crashed into a residential building at Owode-Onirin.

“On arrival at the incident scene, an empty articulated truck was involved in a lone accident.

“The articulated truck veered off the road and crashed into a residential building.

“No injuries recorded, as the driver and residents of the residential building were unhurt.

“Investigations conducted revealed that the immediate cause of the accident was due to the driver’s recklessness. The truck has been recovered off the building.”