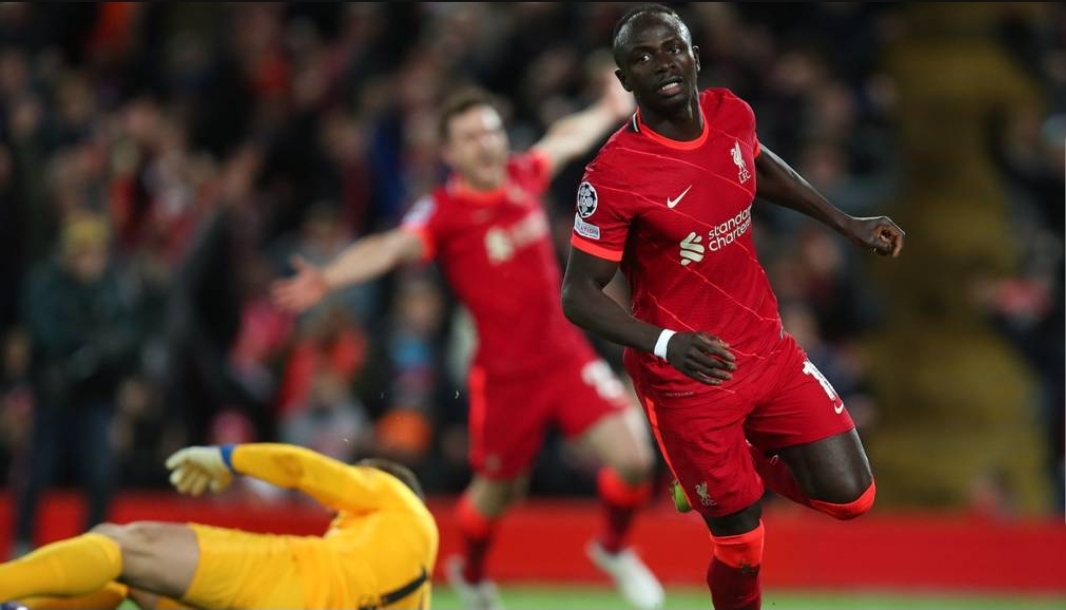 Liverpool have clinched their spot in the round of 16 of the Champions League after beating Atletico Madrid 2-0 at Anfield on Wednesday night.

The Reds have won all four games so far in the continental campaign this season, and have secured a spot in the last-16 with two group matches left.

Alexander-Arnold made two great assists to land the Jurgen Klopp side the victory, as he helped Sadio Mane and Diogo Jota score in the 13th and 21st minutes respectively.

Atletico played about 60 minutes of the game with 10 men. The visitors were unfortunate to lose Felipe to a straight red card in the 36th minute.

The Spanish side sit third in Group B with the defeat, as second-placed Porto took a point home from the group’s other game against AC Milan after a 1-1 draw at San Siro.

Dutch club, Ajax have also reached the knockout stages of the Champions League after they came from behind to beat Borussia Dortmund 3-1 in Germany.

The hosts were first reduced to 10 men in the 29th minute when Mats Hummels was shown a red card before they took the lead on 37 minutes through Marco Rues penalty.

But Ajax began the comeback in the 72nd minute, with Tadic, Haller and Klaassen scoring every 10 minutes to seal a 3-1 victory for the Dutch giants who are yet to drop a point in Group C.

In Group A, Manchester City defeated Club Brugge 4-1 to go top, above Paris Saint-Germain, who were held to a 2-2 draw at RB Leipzig in the other game of the group.

In Group D, Real Madrid defeated Shakhtar Donetsk 2-1 while Inter Milan picked up a 3-1 away victory against Sherif Tiraspol.

Emery rejects Newcastle job, says he is ‘100%’ committed to Villarreal