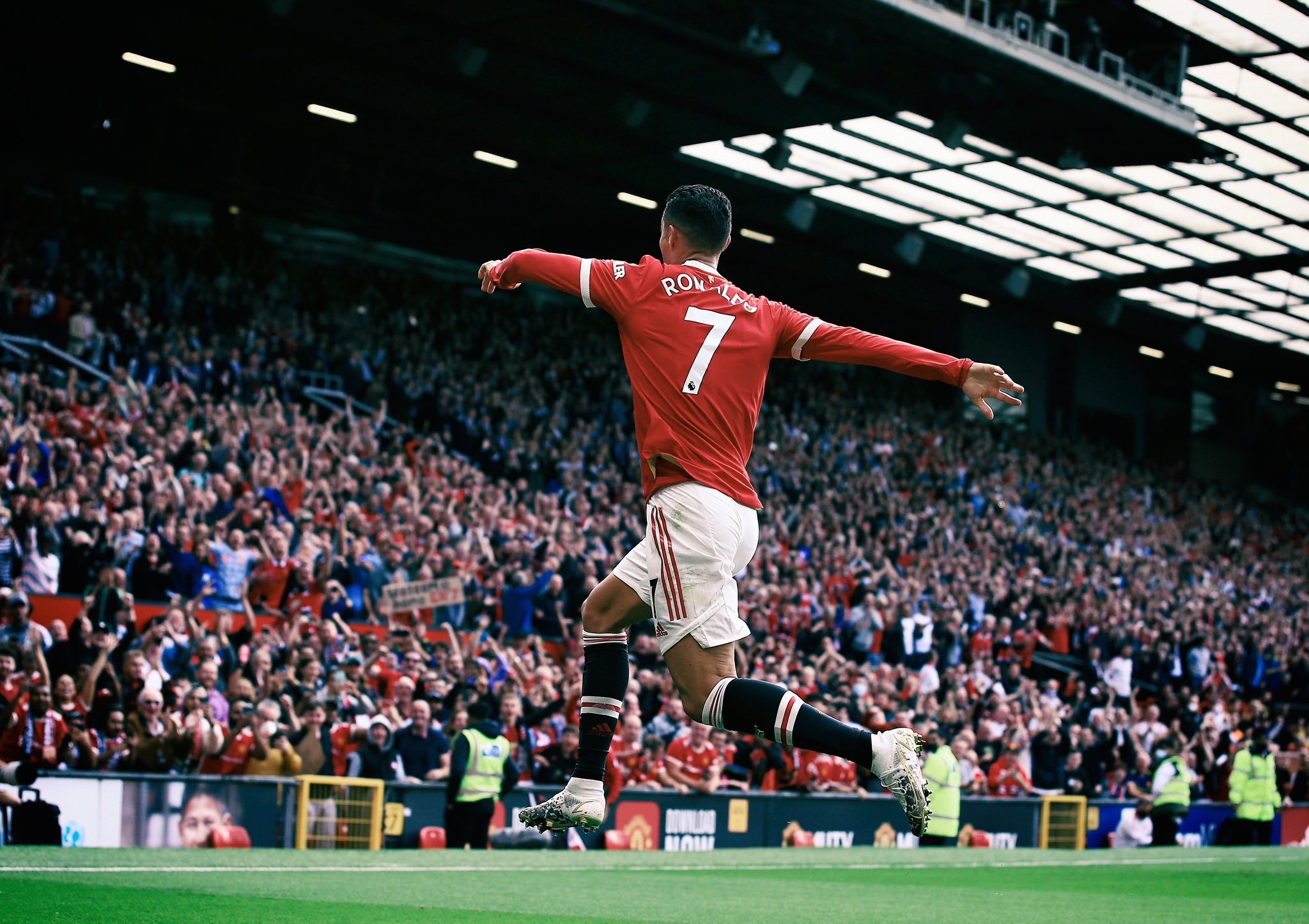 Cristiano Ronaldo was the hero of the game at Old Trafford on Wednesday night as he scored a late winner for Manchester United against Villareal.

The Champions League matchday two encounter saw the Portugal forward net a superb 95th-minute goal to seal a 2-1 victory for the Red Devils.

Spanish side Villarreal had opened the scoring through Paco Alcacer early in the second half before Alex Telles equalised on the hour mark and Ronaldo sealed the victory.

The Ole Gunnar Solskjaer side are third in Group F having lost their opening game in the campaign against Young Boys a fortnight ago.

In the other game of the group, leaders Atalanta defeated Young Boys 1-0 at home to stay on four points, while the defeat for Villarreal keeps the La Liga side bottom.

Elsewhere, Barcelona are having a poor Champions League campaign so far this season after they fell to a 3-0 thrashing to Portuguese club, Benfica.

The Spanish giants had been beaten 3-0 in their opening game at home against Bayern Munich a fortnight ago, and have now made it two big losses in a row.

Barca had the better ball possession on Wednesday night but it was Benfica who carried the day, leaving the Ronald Koeman side languishing at the bottom of Group E.

In the other game of the group, Bayern thrashed visiting Dynamo Kyiv 5-0 in a one-sided game at the Allianz Stadium in Germany.

The Bundesliga champions sit comfortably at the top of the group with sixe points, followed by Benfica, while Kyiv stay third with one point from their frist game.

In Group H, Chelsea retained the top spot despite losing 1-0 to Juventus in Italy. The Blues lost to a smart Juve side who scored and defended their sole goal until the end.

The other game of the group between Zenit Petersburg and Malmo FC ended in the hosts’ favour as Zenit won 4-0 to stay on same three points as Chelsea.

Salzburg go top of the group with four points followed by Sevilla and Wolfsburg are on two points before Lille at the bottom on one point.

Rohr hands maiden invitation to Calvin Bassey, calls up 22 others for WCQ