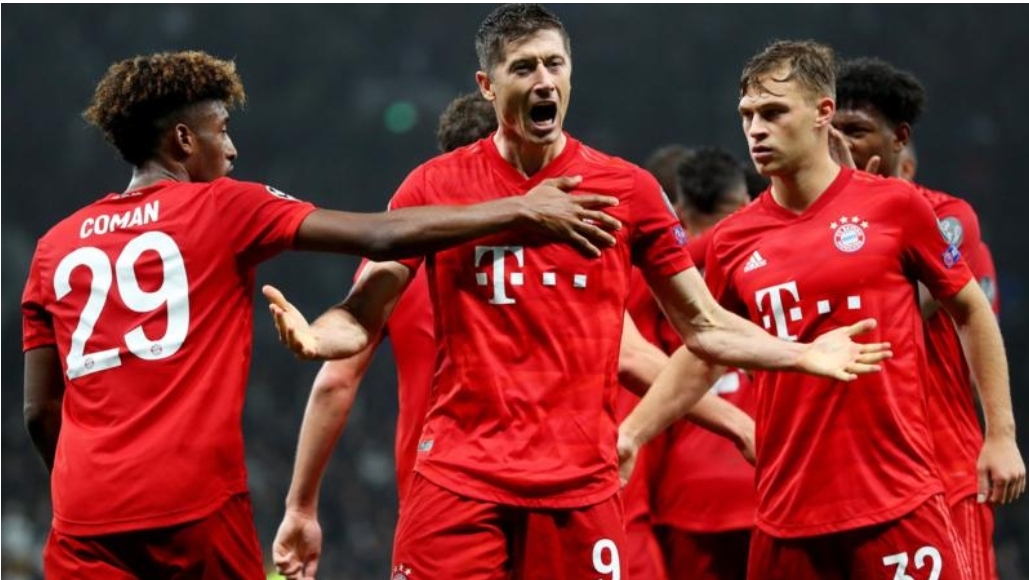 Spurs scored first but Bayern came from behind to hand Spurs their heaviest defeats in recent times, with Serge Gnabry scoring four goals.

Son Heung-Min opened the scoring in the 12th minute to put the hosts in control, but Joshua Kimmich’s superb 20-yard finish three minutes after, drew the visitors level.

Robert Lewandowski produced a brilliant turn and right-foot finish past Hugo Lloris from 20 yards at the stroke of halftime and scored his second for the night late on, with Harry Kane scoring from the penalty spot for Spurs’ second.

In group B’s other game, Red Star Belgrade came from behind to beat Olympiakos 3-1 at home.

Elsewhere, English champions, Manchester City battled against a spirited Dinamo Zagreb and overcame 2-0 over the visitors.

Raheem Sterling and Phil Foden came off the bench to score the goals and hand City another three points as they top the group C.

In the group’s other game, played earlier on Tuesday, Shakhtar Donetsk defeated Atalanta 2-1 to go third on the table.