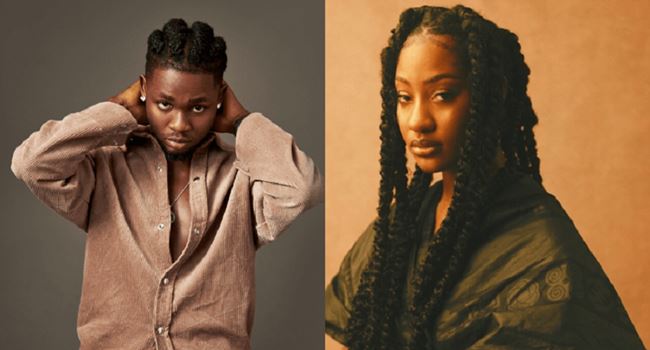 The pair of –Stanley Omah Didia aka Omah Ley and another Nigerian musician known as Tems have both been released by the police in Uganda following their arrest for breaching Covid-19 protocols.

Feelers coming from Kampala, Uganda indicate that Omah Lay and Tems have both been released by the police in Uganda following a ruling by Okumu Jude Muwone, Chief Magistrate of Makindye after the pair and other culprits were arraigned in court on Monday.

Their release from their two-day stay in police custody and court appearances was made public by Bebe Cool, a popular Uganda singer, on Tuesday.

Nigerian musician, Mr Eazi who has been following the situation closely, also confirmed the release of Omah Lay and Tems when he wrote on Twitter today (Tuesday) that the singers have been released, and the issue has been resolved.

“Pleased to hear that My brothers and sisters are to be released & the case is resolved, Big love to everyone who worked on this,” Mr Eazi wrote on Twitter.

In a statement issued on Monday, the police in Uganda said that Omah Ley and Tems were arrested after staging a concert on Saturday in Kampala.

Police said the musicians, their manager, and the event organisers would be detained till Wednesday for risking the spread of COVID-19.

The police said three Nigerians have been jointly charged with four other Ugandans for “negligently committing acts likely to spread an infectious disease.”

Aruna donates equipment worth N.75m to paralympians ahead Tokyo 2021