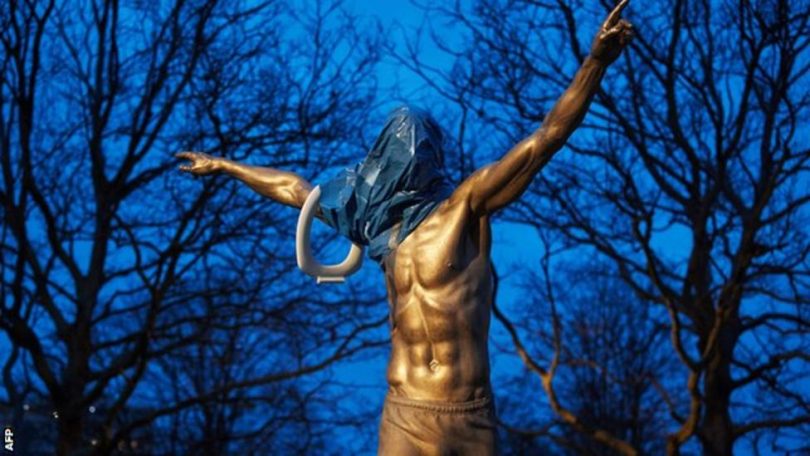 The Swedish Police are investigating an attack of Zlatan Ibrahimovic’s statue by vandals and have put a fence up around the statue, and placed a rope around its neck.

The 38-year-old former Sweden striker made his professional debut for Malmo 20 years ago and the statue, situated outside Malmo’s stadium in Sweden, has been vandalised severally, with the latest happening on Thursday morning.

Attack on the statue started since it was announced that Ibrahimovic had invested in a rival club Hammarby last month.

Read Also: Joshua will present his belts to Buhari in matter of days -Sports Minister

“There is a risk now it could fall and we have placed a fence around it.”

Ibrahimovic, a former Ajax, Juventus, Inter Milan, Barcelona, AC Milan, Paris St-Germain and Manchester United player, is looking for his next club having left LA Galaxy at the end of the MLS season.