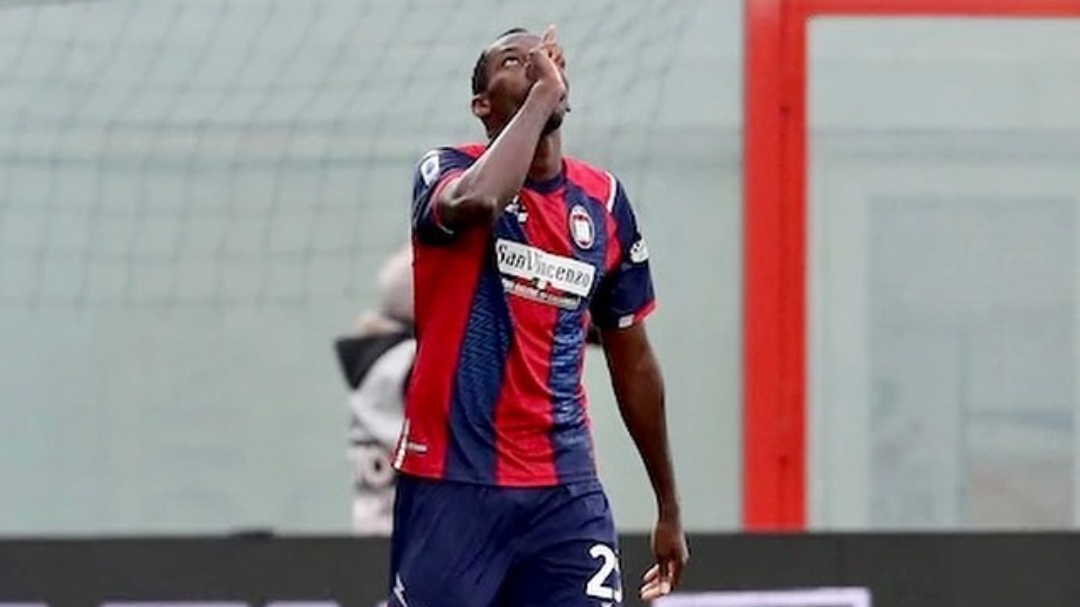 Super Eagles forward, Simy Nwankwo has called on football authorities, other stakeholders of the game as well as social media companies not to allow racist and hateful abuse to be normalized.

Nwankwo, 28, who bagged a brace for Crotone against Bologna in their 3-2 home defeat in the Serie A over the weekend, was racially abused on social media after the game.

This is coming in a period where more and more footballers are being subjected to racist abuse fans, with Algeria’s Adam Ounas also receiving his own share following Crotone’s 4-2 win over Torino.

“You can see it’s coming from ignorant [people]. We cannot let racist and hateful abuse become a normalised part of the game.

“I can’t believe how many of these unspeakable messages, from different users, send racist abuse at footballers.

“We can only hope that more efforts will be put in to ensure the general public and not just footballers feel safe on social media platforms.”

Nwankwo is the top-scoring African in the Italian top flight with 13 goals in 28 matches for bottom club Crotone.

Meanwhile, football authorities around the globe are making efforts in the fight to protect players from abuse, while social media giants like Facebook have also promised to tackle the issue.