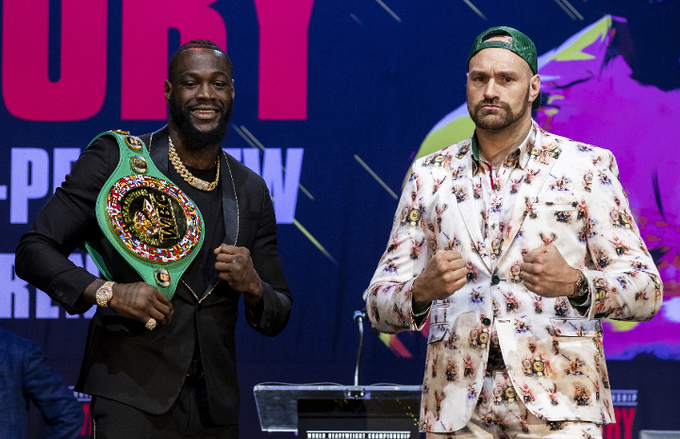 Tyson Fury may be bringing Deontay Wilder’s career to an end if he fulfills his promise of knocking him out in the second round in their forthcoming bout.

Fury picked a controversial draw against his American opponent in their first meeting at Staples Centre in December 2018.

And so much has been said by both fighters ahead of their long-awaited rematch billed to hold next month.

“I’m doing a lot of things I didn’t before,” Fury told the media.

“I’m eating five or six meals a day, drinking eight litres of water. If it’s gonna give me an edge, I’m willing to try it.”

Fury had also promised to knock Wilder out in two rounds, but the WBC champion, whose belt would be on the line again, vowed to retire if Fury keeps to his promise.

“Him saying he’s gonna knock me out in the second round is not believable,” Wilder said.

“He has pillows as fists so I can’t see that happening. If he knocks me out in the second round, I’m retiring. I’m done.”

Both boxers are undefeated, and will face off at the MGM Arena in Las Vegas on February 22, 2020.