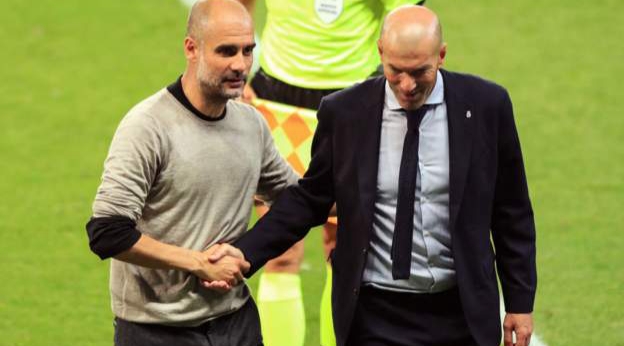 Real Madrid manager, Zinedine Zidane says his team is proud of what they have achieved this season despite failing to advance in the Champions League.

The Spanish champions were knocked out of the continental championship after they fell 4-2 on aggregate to Manchester City in the round of 16.

“We cant be happy obviously, we have lost the game and we are out,” he told journalists after the game.

“We are proud of what we achieved this season, this is football. We lost to a good team and have to accept it.

“95% of what we achieved this season has been excellent. We have to accept this. We need to be very proud of what we have achieved.”

Zidane led Real to win the La Liga this season, coming from behind in March to go past rivals Barcelona in the title race.

Asked about his future with the club following the 2-1 defeat at Manchester City on Friday, the Frenchman hinted he is staying.

“I am the Real Madrid manager until something happens out of the ordinary.

“You don’t need to ask any more question about my future. We will all have a rest and come back again next season,” he said.

Pep Guardiola’s City will now face Olympique Lyon, who also advanced ahead of Juventus on away goal rule after a 2-2 aggregate tie score.