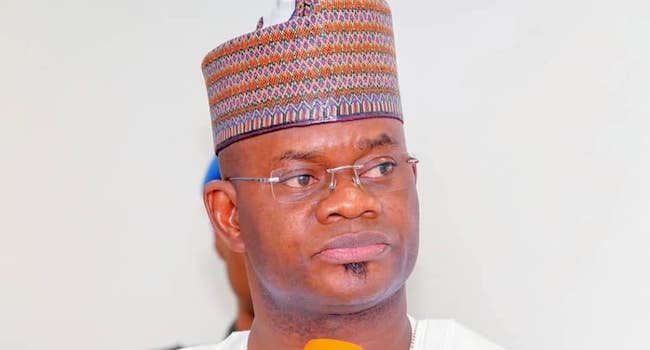 A socio-political group, the Coalition of South-East Youth Leaders (COSEYL), said on Saturday zoning of the presidency to the region in 2023 is constitutional.

The group was reacting to a statement credited to the Kogi State Governor, Yahaya Bello, on the 2023 election.

The governor had said on Friday that the 1999 Constitution does not recognise the zoning of the country’s presidency and urged Nigerians to place merit above zoning.

However, in a statement issued on Saturday in Owerri by its President-General, Goodluck Ibem, and Secretary-General, Kanice Igwe, COSEYL said zoning the presidency to the South-East was in line with the Federal Character principle as enshrined in Section 14 (3) of the 1999 Constitution as amended.

It commended the southern governors for unanimously calling for the zoning of the presidency to the region and implored stakeholders in the northern region to tow the same path.

The statement read: “In line with Section 14 (3) of the 1999 Constitution as amended, ‘the composition of the government of the federation or any of its agencies and the conduct of its affairs shall be carried out in such a manner as to reflect the Federal Character of Nigeria and the need to promote national unity, and also to command national loyalty.

“This is to ensure that there shall be no predominance of persons from a state or from a few ethnic or other sectional groups in that government or any of its agencies.”

COSEYL described the federal character principle as “one of the features of the Nigerian federation introduced into the country’s corpus juris.”

The group noted that many people in the South-East are qualified to steer the nation’s ship, and called on Nigerians to embrace the rule of law by clinging to the stipulations of the Constitution in the interest of peace and national cohesion.

“The Constitution is the framework upon which the country is administered and it will be against the spirit of unity and nationhood to deny the South-East support to occupy the office of the president come 2023.

“The South-East is the only zone that has not occupied the coveted position and it will be in keeping with the principle of equity and fair play to zone the office to the zone,” it added.

Related Topics:2023Yahaya Bello
Up Next