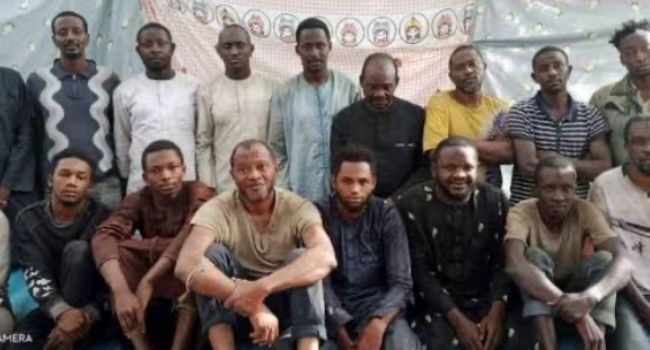 A Kaduna State-based publisher and media aide to Islamic cleric, Sheikh Ahmad Gumi, Tukur Mamu, has revealed that the Ansaru terrorist group that attacked and abducted passengers on an Abuja-Kaduna train on March 28, have threatened to begin slaughtering the victims in their custody from Wednesday (today) since the Federal Government has failed to meet the conditions for their release.

Mamu who has been negotiating with the terrorists for the release of the captives, said the terrorists had run out of patience and have once again, threatened to kill the passengers as they do not believe the government is willing to secure their freedom.

Confirming an audio message in circulation to have been released by the group, Mamu, in a brief statement on Wednesday morning, said the voice belonged to a member of the group threatening to slaughter the victims because the government failed to seek their release.

Mamu added that the audio was real, claiming that the group had fixed Wednesday to start carrying out the threat of killing the captives.

“These people became provoked on Monday after giving us another opportunity. I was crying and pleading with them on audio that since there is a delay from the government, why can’t they discuss with the family members directly to negotiate the victims’ release? So based on the plea, they agreed to negotiate directly with the victims’ families.

“But they said they are giving us till Wednesday that if there is nothing concrete from those that are interested in the negotiation, they will start slaughtering some of the victims,” Mamu said.

Mamu had also revealed last week that the terrorists had shot one of the captives in a bid to tell the government that they were running out of patience with the government over its reluctance to meet their demands.