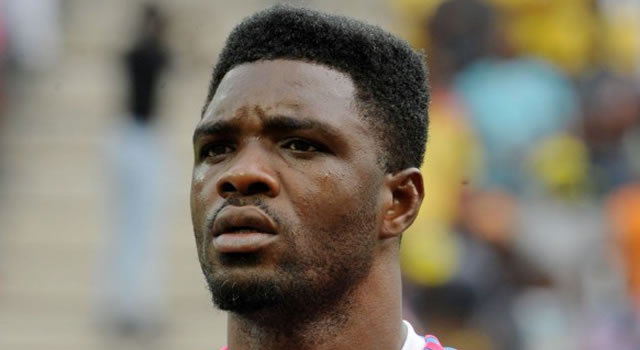 Super Eagles goalkeeper, Daniel Akpeyi has successfully won the heart of his boss at Kaizer Chiefs, Ernst Middendorp, who considers him as the club’s number one goalie.

Akpeyi has been putting on some excellent perfomances since joining the South African topflight club from Chippa United in January.

The January move was an emergency signing following injury to the then first choice keeper, Itumeleng Khune.

Khune has since returned to fitness but the coach is not ready to relegate Akpeyi to the bench.

“I don’t know, what are you saying? But who has been No.1 this season? Let’s not talk about other players,” responded Middendorp when asked about which keeper was his number one.

“We have a number-one goalkeeper, who is performing week-in and week-out, who is the national team goalkeeper for Nigeria, having done a fantastic job in Afcon.

“Guys, we are looking into things, the performances we are getting week-in and week-out, the record is there as a reference. What you are saying is a little bit far out of the frame,” added Middendorp.

Akpeyi rescued a point for Kaizer Chiefs when he saved a late penalty against Maritzburg United at the weekend, and had done same in a 1-1 draw against SuperSport United earlier this season.

He helped Kaizer Chiefs reach the semi-finals of the Telkom Knockout Cup, stopping penalties against both Cape Town City and Orlando Pirates in the Last 16 and quarter-finals respectively.

The 33-year-old was Super Eagles first choice at this year’s Africa Cup of Nations in Egypt where they won bronze.

Despite criticism, Amapakabo counts blessings, says 2019 ‘best year for me’