Home » Latest » Army officer, two others die during clash with bandits in Katsina 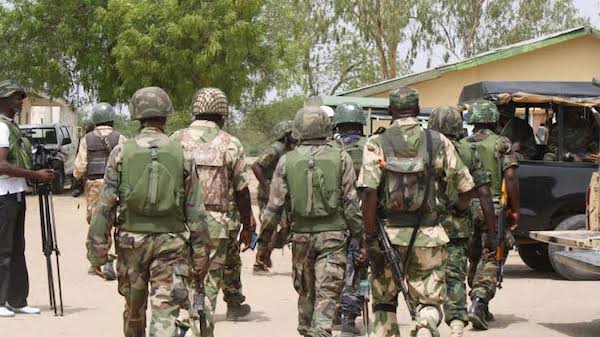 Two other soldiers were killed during a gun duel with the hoodlums.

The Acting Director, Defence Media Operations, Brig. Gen. Benard Onyeuko, who confirmed the incident in a statement on Saturday, said the bandits invaded the village and shot indiscriminately.

He added that troops of Operation Sahel Sanity responded to the residents’ distress call, mobilised to the area, and cleared the bandits.

According to him, the troops killed 21 bandits while others escaped with gunshot wounds into the forest.

Onyeuko said: “Regrettably, resulting from the encounter with the bandits, one gallant officer, and two soldiers paid the supreme sacrifice.

“Two other soldiers were wounded in action and are currently receiving medical treatment in a military medical facility.

“The fearless troops have continued to pursue the bandits into the forest and dominating the general areas with aggressive fighting patrols to deny them any respite.”