Barca out of La Liga title race, Madrid in contention ahead of final day | Ripples Nigeria 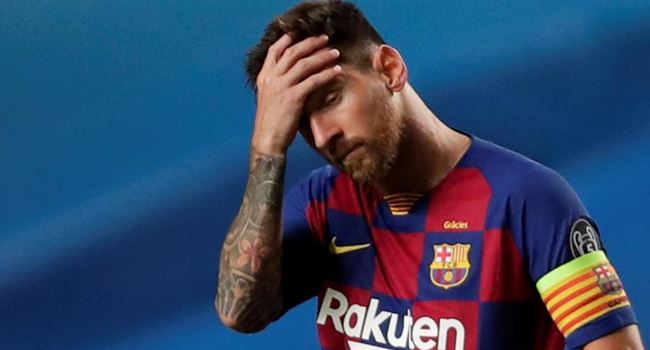 Barcelona fell to a surprise 2-1 defeat at home against Celta Vigo on Sunday to end their hopes of clinching the La Liga title this season.

The game played at Camp Nou on the penultimate round, saw Lionel Messi open the scoring to put the hosts ahead on 28 minutes.

The Argentine’s effort was cancelled by a 38th-minute equaliser by Santi Mina, who also netted an 89th-minute winner for the visitors.

Barca ended the gane with 10 men, with Clément Lenglet shown a red card on 83 minutes.

Real Madrid, meanwhile, are still in contention of the title as Nacho’s second-half goal earned them a narrow victory over Athletic Bilbao.

The defending champions remain two points behind leaders Atletico Madrid ahead of the final day of the league season.

Atletico came from behind to defeat Osasuna 2-1 to stay in the driving seat, and would take on Real Valladolid on final day while Real Madrid face Villarreal.

The La Liga final day is next weekend, with four clubs at the bottom – Huesca, Valladolid, Eibar and Elche – to fight for survival.