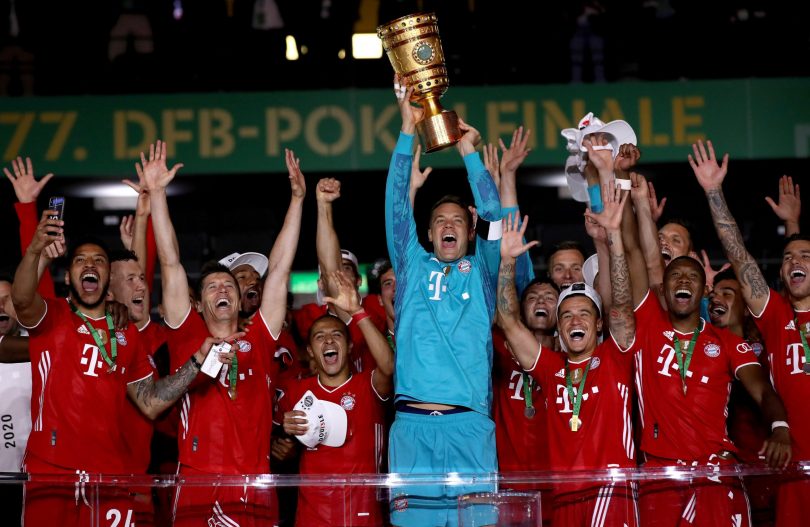 Bundesliga champions, Bayern Munich have retained their German Cup after they defeated Bayer Leverkusen 4-2 in the final on Saturday.

The victory meant Bayern have now won a rrecord 20th DFB Pokal title, the most by any German club in the history of the competition.

Star striker, Robert Lewandowski passed 50 goals for the season as he scored a brace in the game, bringing his tally to 51 so far.

Sven Bender’s header came in between Lewandowski’s double and gave Leverkusen hope, before Kai Havertz scored a penalty with the last kick for Leverkusen.

Bayern Munich have set a new club record of 26 games unbeaten, only drawing once in that run since December.

The champions are still in the Champions League, and will face Chelsea in the last 16 next month, after winning the first leg 3-0.