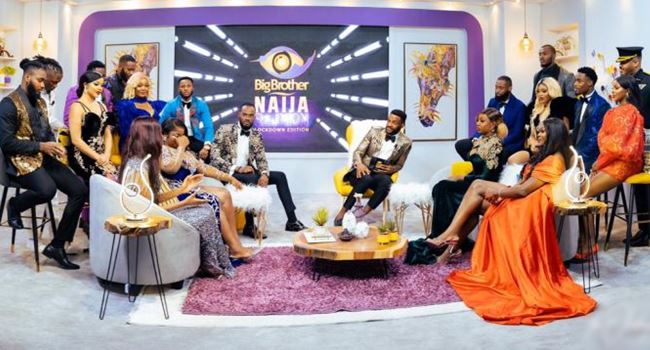 The Big Brother Naija Lockdown Reunion show came to a conclusion on Friday, July 2. This marks the official countdown to the 6th edition of the most-watched reality show in this part of the world.

Indeed, the Big Brother Naija Lockdown Reunion show had some interesting spots this week, however, it didn’t have major highlights compared to the previous weeks. The episodes that aired this week were primarily themed around beauty, Nengi Hampson and her admirers in the house.

Also, some housemates finally explained the reasons behind their actions, feuds, and whatnot during the cause of the competition.

In the meantime, let us delve into the most fascinating moments at the Reunion show this week.

1. How much is Nengi really worth?

As stated earlier, Nengi’s beauty, poise, and charisma served as the topic of discussion on Tuesday, June 29. The host, Ebuka Obi-Uchendu asked questions about Nengi’s love triangle with Prince, and Ozo; he also wanted light to be shed on her platonic friendship with billionaire heir, KiddWaya.

The former Mr. Nigeria, Prince confessed that he indeed found Nengi attractive and even asked her out while he was in the house, however, Prince was countered by another housemate, BrightO who stated that the ex-Mr Nigeria does not have the financial capacity to take care of Nengi.

BrightO didn’t stop there, he also slammed another admirer, Ozo, stating that he does not have the resources to nurture a relationship with Nengi.

BrightO’s comments infuriated social media users who went on to ask the question, ‘How much is Nengi really worth?’

Ebuka later asked Prince what he thought about BrightO’s opinion; here is what he stated; “I have nothing to prove with what others think about me. That is his opinion of me”.

The host Ebuka asked Ozo, however, Ozo preferred to remain mute about the conversation.

The former Mr. Nigeria, Prince explained to the program host Ebuka what transpired between them after the Big Brother Naija lockdown edition came to conclusion in 2020.

Here is what Prince revealed to Ebuka;

“Neo didn’t have a lot of people’s back in the house. He said I lied about my father and I don’t know why I would do that on national TV.

“This was someone I cleaned his vomit and I won’t do that for people I don’t care about. Even Vee and Neo himself were shocked when they found out what I did.”

Prince explained that after leaving Biggie’s House, he watched a lot of clips and heard the utterances of Neo behind his back, but what stood out most was the idea that he lied about his story on his father.

Neo admitted telling Big Brother that Prince embellished his story and faked the cry because he feels he was not an easy person to be broken.

3. Wathoni explains why she can’t be in a relationship with Prince

On Thursday, July 1, single mum, Wathoni revealed why she refused to date Prince.

Her confession elicited jeers from other Housemates while Ebuka, the show host, disagreed with her saying ‘but we all watched the show and we saw what we saw.’

Wathoni responded with an affirmation of her claims, saying she never wanted Prince and it takes a lot of sweat and guts to date her.

The Kenyan-born Nigerian reality star further said though she was involved with three male Housemates during the show, however, she wasn’t in it for a relationship.

“This is strange coming from a lady that was involved with BrightO, Prince, and Kiddwaya,” Ebuka inquired.

Wathoni responded saying all she ever wanted with those situations she was with the three male housemates was just a go-to person and not a relationship.

Lilo was the first housemate to be evicted from the Lockdown edition in 2020. The dietician accused her former best friend of betrayal after she put her up for eviction in the first nomination week.

While explaining her reason for nominating Lilo for eviction, Vee stated that it was because she felt Lilo preferred to be in Eric’s arms than participate in the show. Seeing as she didn’t look like she wanted it bad enough, she felt okay voting against her.

5. Ka3na finally reveals why she is dubbed the Boss

Ka3na Jones adopted the nickname ‘The Boss’ courtesy of her imposing personality.

During her conversation with Ebuka, Ka3na, who admitted to having a bossy nature, said a lot of the housemates didn’t get to know her as she also tried to know them before she was evicted.

“A lot of people don’t know my story and where I am coming from, hence, my being bossy,” she began.

The mother of one also told Ebuka that no one in the house triggered her all through her short stay.

“No one triggered me most in the house, but they were the ones who felt I triggered them because of my attitude,” she stressed.

Nigerian lady tattoos face of NURTW leader, MC Oluomo, on her back