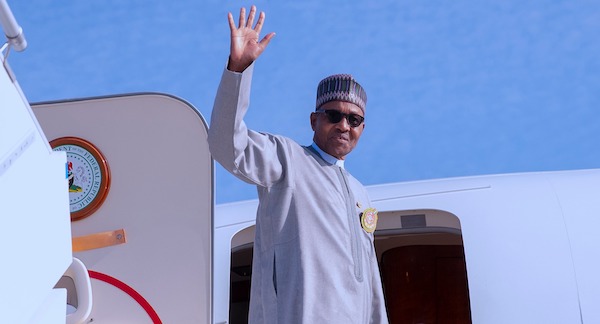 President Muhammadu Buhari will today Monday, July 26, travel to London in the United Kingdom to commence a scheduled medical check-up.

This was made known on Monday by Special Adviser to the President on Media and Publicity, Femi Adesina.

According to him, the President is expected to return to the country after the medical check-up in the second week of August 2021.

President Buhari had on Friday, June 25, postponed his earlier scheduled medical trip to the UK, but never revealed the reason for the development.

Adesina, who disclosed the postponement, had said a new date would be announced for the trip.

Meanwhile, the cancelled trip came barely three months after the president returned from his last visit to the UK for the same purpose.

Meanwhile, Adesina said Buhari while in this trip, would also participate in the Global Education Summit on Financing Global Partnership for Education (GPE) 2021-2025, which is also holding in London.

He said Buhari would hold a bilateral meeting with the Prime Minister of the United Kingdom, Boris Johnson, after the Summit.

The event will be co-hosted by Johnson and the President of Kenya, Uhuru Kenyatta, and would bring together Heads of State and Governments, stakeholders, and youth leaders, as well as provide a platform for partners to chart a path towards transforming education systems in partner countries, through the exchange of best practices.