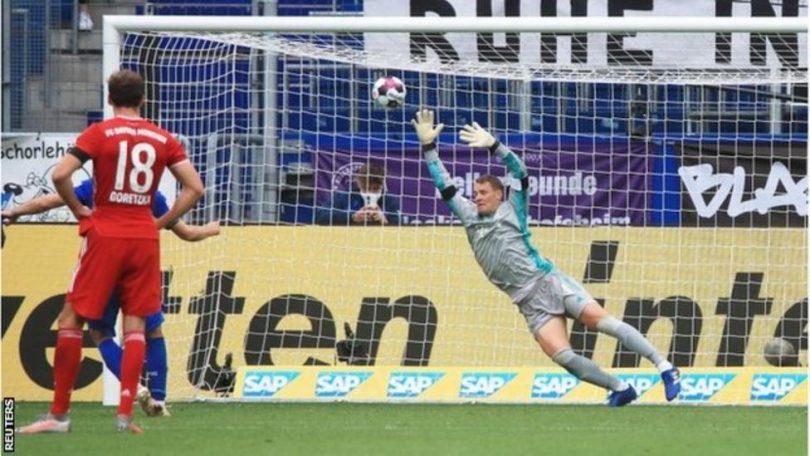 Bundesliga champions, Bayern Munich were handed a defeat for the first time since December 2019, by Hoffenheim in the German league on Sunday.

The champions, who won the Champions League and the UEFA Super Cup, had won their past 23 matches, and were unbeaten in 32.

Hosts Hoffenheim took the lead when Ermin Bicakcic headed them ahead, and Munas Dabbur made it 2-0, before Joshua Kimmich’s fine goal gave Bayern hope.

But Andrej Kramaric scored twice, including an injury-time penalty, to seal a famous Hoffenheim win.

Poland striker, Robert Lewandowski started the game from the bench and was introduced in the second half.

Bayern had kicked off their league campaign with an 8-0 victory against Schalke in their opening Bundesliga game.