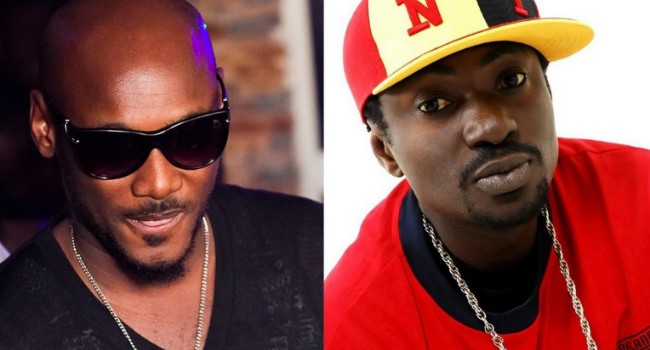 Hypertek honcho 2face Idibia has subtly replied his former band member Blackface who threatened to end his musical career in the year 2019 over a copyright infringement war.

In his reply to Blackface over the long standing beef between the former Plantashun Boiz band members, 2face wrote on social media saying he will chose not to bandy words with his one-time close pal.

Meanwhile, Blackface is not backing down in his quest to shame his former band member after claiming in an interview on TVC that he built the name Plantashun Boiz, but 2face didn’t want Faze to join them back then.

Blackface also reiterated during the TV interview that 2face and his manager, Efe Omorogbe stole his song titled ‘Let Somebody Love You’.