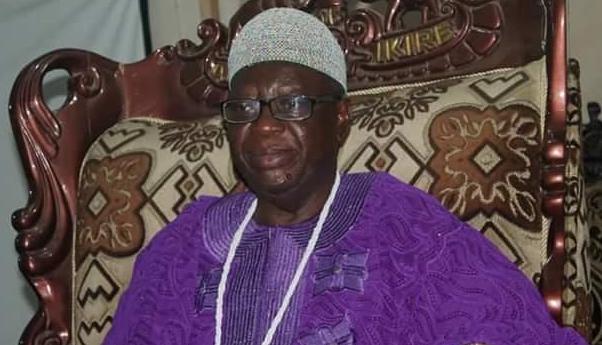 An Osun State High Court sitting in Ikire on Monday dismissed reliefs sought by the Akire of Ikire, Oba Olutunde Falabi, restraining the state government from removing him.

Justice Rasak Abdulkareem, while delivering the judgement, said he could not grant the reliefs sought by the monarch because the processes that brought him to the throne 27 years ago were null and void.

He said that with all evidence before the court, coupled with the Supreme Court judgement on the issue, the monarch had no legal right to occupy the stool.

The battle for the throne started in 1987 after the demise of the former monarch, Oba Oseni Oyegunle.

When the process of appointing a new monarch started, one of the five ruling houses, Aketula, presented a candidate, Mr. Tajudeen Olanrewaju, in line with the Akire of Ikire Chieftaincy Declaration of 1958.

Before the process of Olanrewaju’s installation could be completed, two ruling houses, Ladekan and Lanbeloye went to court to challenge the inclusion of Aketula in the ruling houses.

The State High Court, Ile-Ife, where the matter was instituted, stopped Olanrewaju’s installation as the monarch and the incumbent Oba Falabi, was installed on May 1993.

Olanrewaju went to the Appeal Court in Ibadan but he lost and subsequently, proceeded to the Supreme Court.

The Supreme Court in its judgement on April 11, 2014, affirmed that Aketula was one of the ruling houses as provided in 1958 Akire of Ikire Chieftaincy Declaration.

The Supreme Court also held that the 1958 Declaration in respect of the Akire of Ikire Chieftaincy stool has not been amended or repealed.”

Following the judgement, Falabi approached the High Court in Ikire to restrain the state government from deposing him because he had not committed any offence warranting his removal.

But Justice Abdulkareem said that Falabi could no longer occupy the stool, based on the 1958 Akire Declaration and the rotational procedure therein.

Related Topics:courtOsun monarch
Up Next