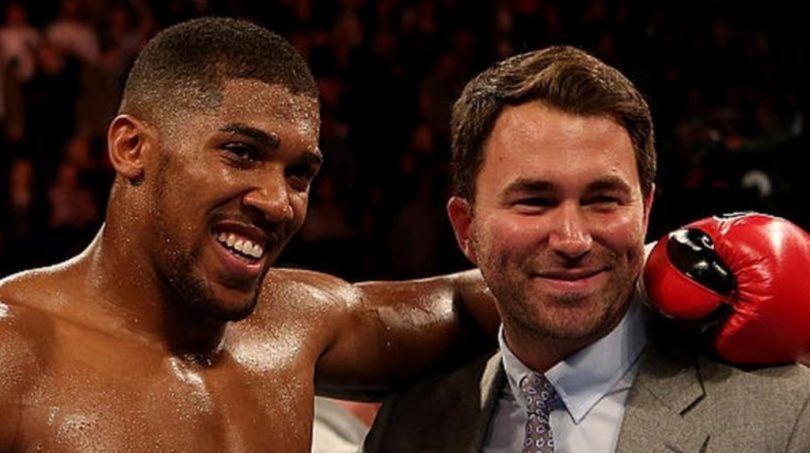 Anthony Joshua’s promoter, Eddie Hearn has given reasons why the heavyweight boxing champion would have to fight this year regardless of the coronavirus pandemic.

30-year-old Joshua, who holds the WBA, IBF and WBO heavyweight titles, has not fought since beating Andy Ruiz Jr last December due to the pandemic.

The Briton was billed to take on Kubrat Pulev last month, but the bout was postponed to contain the spread of the COVID-19 disease.

He had also reached an agreement to fight fellow Briton Tyson Fury next year, but everything has been halted.

Speaking on the possibility of hosting a fight even behind closed doors due to the virus, Hearn said,”if we were faced with the option of having no fans for an Anthony Joshua fight, we would still look to go ahead.”

He added: “We want him to be in front of crowds. But for his career, for his development, he needs to fight this year.

“Of course fighters want to earn as much money as possible but they also need to develop as fighters and I think the Kubrat Pulev fight is a good, solid, tough fight for him and I am almost certain you will see that fight this year.

“He wants to improve as a fighter and he will do it anywhere, anytime.”

Hearn had just constructed a boxing ring in his back garden – complete with canopy and spotlights – in a bid to resurrect the sport for an event dubbed ‘Fight Camp’.

“Joshua would fight here, no problem,” he said.