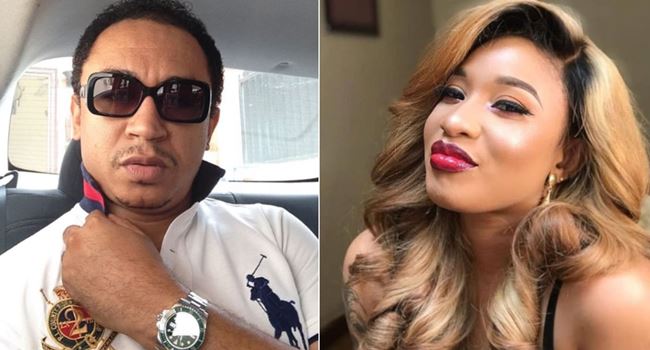 Controversial radio personality, Daddy Freeze has said that he doesn’t doubt the claim made by Nollywood actress, Tonto Dikeh that her estranged ex-husband Olakunle Churchill, is bisexual.

Tonto Dikeh had earlier asked a thought-provoking question on her Instagram page on Monday when she pointed out that she walked out of her marriage when she discovered she was married to a bisexual man.

She wrote on Instagram: You wake up one day and you discover you are married to a bisexual man…. what would you do?

Tonto added: “I walked out… For those who say God forbid, well I hope you know that 60% of the men you/we marry sleep with men.”

Daddy Freeze who was reacting to Tonto Dikeh’s claim on his official Instagram page said that he does not doubt the allegations by the actress which shocked users on Instagram even though she didn’t mention names.

He wrote: “Hmmm people have been suggesting this for years… I think this should be investigated; there are way too many stories. I’m not sure I doubt her claim…”

Tonto’s controversial post on Instagram comes almost two weeks after her estranged husband, Olakunle Churchill filed a N500 million suit against her over her (Tonto’s) explosive interview conducted and published in May 2019.

In the lawsuit notice which has him as the 1st claimant and Big Church Foundation as the second claimant, Churchill who referenced the three-part YouTube interview series titled ‘The Evidence’ which was shared in May 2019, said his ex-wife accused him of being into cyber fraud popularly known as Yahoo Yahoo.

Churchill said that Tonto’s claim that she caught him clad in a red cloth, surrounded by red candles with a laptop placed on his lap is baseless and sponsored to tarnish and damage his image and political ambition.

“The series of malicious and fallacious allegations, assertions and accusations through media campaigns and publications by Tonto Dikeh and her charity group was defamatory,” the suit by Churchill read in part.

According to court papers, the case is expected to come up on Thursday February 20 after the actress was ordered to appear for trial 14 days from December 10, 2019, as the court may proceed therein with judgment even in her absence. 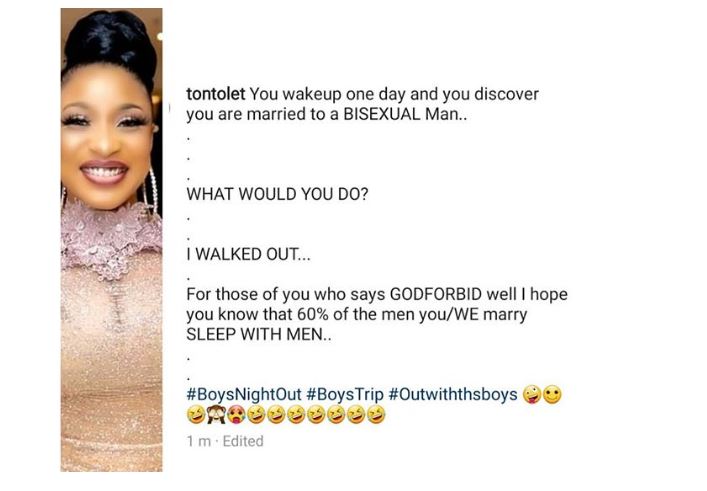