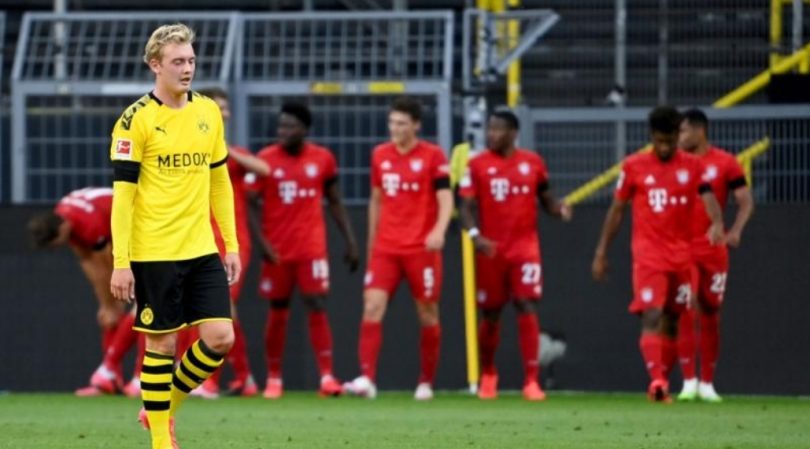 Dortmund failed to cut the gap at the top of the Bundesliga table as they fell to a 1-0 defeat to leaders Bayern Munich in Der Klassiker on Tuesday.

A 43rd-minute goal by Joshua Kimmich gave the visitors the win which puts Bayern on seven-point lead at the top, with six matches left.

The win for Bayern pushes them closer to winning an eighth consecutive Bundesliga title, which they will secure if they win four of their final six matches.

Dortmund, under the guidance of now-Liverpool manager Jurgen Klopp, won the Bundesliga in 2010-11 and again the following season in 2011-12 but Bayern have won the title every year since.