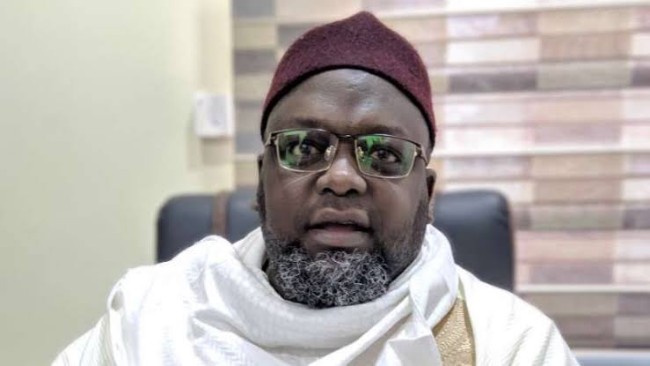 Operatives of the Department of State Services (DSS) reportedly raided the home and office of self-styled terrorists negotiator, Tukur Mamu who was arrested in Egypt and repatriated to the country on Wednesday.

A reliable source confirmed that the DSS operatives carried out the raid in the early hours of Thursday at the Kaduna home of the Desert Herald publisher and spokesman of Islamic cleric, Sheikh Abubakar Gumi, where they carted away several documents, phones and laptops.

The operatives were said to have stormed the home of the embattled Mamu in several vehicles and ransacked the house for several hours before carting away the items.

The operatives were also said to have moved to the office of the Desert Herald where they carried out a similar raid and also made away with vital documents.

Mamu who was arrested by the Interpol on Tuesday at the Cairo Airport on his way to Saudi Arabia, was detained briefly before he was repatriated back to Nigeria and handed over to the DSS on Wednesday.

The Service later issued a statement saying he was arrested after Nigerian security agencies alerted the Interpol as a person of interest over his alleged involvement in collecting ransom and taking same to terrorists in exchange for kidnapped victims.

“The Department of State Services (DSS) has been inundated with enquires in respect of the arrest or otherwise of Tukur Mamu, the self-acclaimed Kaduna Train hostage negotiator.

“This is to confirm that Manu, as a person of interest, was intercepted by Nigeria’s foreign partners at Cairo, Egypt on 6th September, 2022, while on his way to Saudi Arabia.

“He has since been returned to the country, today, 7th September, 2022 and taken into the Service’s custody.

“The act followed a request by Nigeria’s Military, Law Enforcement and Intelligence Community to their foreign partners to bring back Mamu to the country to answer critical questions on ongoing investigations relating to some security matters in parts of the country.

“The public may wish to note that the law will appropriately take its course,” the DSS Spokesman, Peter Afunanya, had said in the statement.

Related Topics:DSSTukur Mamu
Up Next