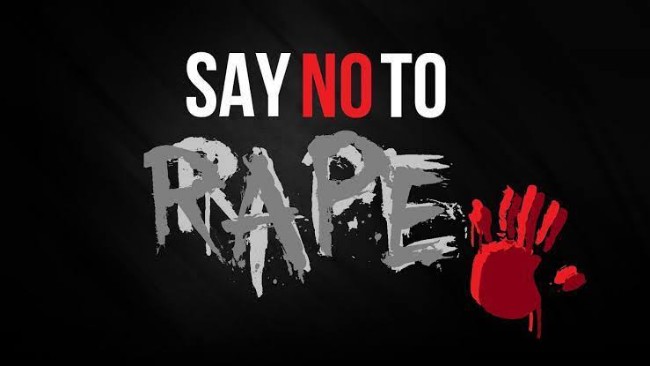 A 37-year-old man, Samuel Adebamigbe, has been sentenced to life imprisonment by a High Court sitting in Ado Ekiti, Ekiti State, after he was found guilty of r*ping a 13-year-old girl.

According to the prosecution, Adebamigbe had abducted the victim while running an errand for her mother and forcefully had unlawful carnal knowledge of her.

The charge as presented to the court by police prosecutor, Kunle Adeyemo, read:

In her statement to the police, the teenage victim said she was sent by her mother to deliver a loaf of bread to the defendant on request.

She said when she got to his residence, Adebamigbe told her that he wanted to buy pepper soup around the Ajilosun area of Ado Ekiti.

“He asked me to sit in a room till when the pepper soup would be ready. When he came back, he locked the door and had sexual intercourse with me twice.

“I shouted for help but there was nobody to rescue me. He later gave me N1,500 and warned me not to tell anybody,” the victim said.

The girl said when she got back home, she narrated her ordeal to her mother who reported the case to the police, leading to the arrest and arraignment of the convict.

The prosecutor called called five witnesses and tendered the statement of the victim, her birth certificate, a medical report, among others, as exhibits, while Adebamigbe called three witnesses.

While delivering his judgment, Justice Lekan Ogunmoye said the prosecution had proven its case beyond every doubt and was able to convince the court that the suspect did commit the crime.

“The defendant willingly had sexual intercourse with the victim. The prosecution has, therefore, proved its case beyond reasonable doubt with the implication that the sole issue for determination is resolved in favour of the prosecution.

“The defendant is hereby convicted as charged. He is sentenced to life imprisonment,” Justice Ogunmoye declared.

Dowen College board chairman, others retire after debacle from Oromoni’s death