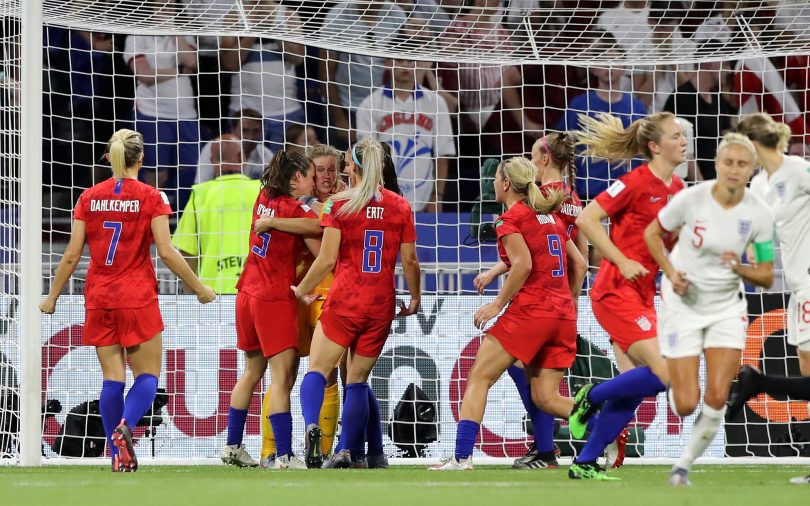 The defending champions, USA have reached the final of the FIFA Women’s World Cup after beating England 2-1 in their semifinal clash on Tuesday.

England’s dreams of reaching their first ever final at the tournament were dashed as Steph Houghton’s late penalty was saved in a dramatic semi-final loss to the holders.

Winger Christen Press and striker Alex Morgan scored for USA with headers either side of Ellen White’s instinctive equaliser for the Lionesses, with all the goals scored in the first half.

USA are through to their third consecutive World Cup final and will now bid for a record fourth title when they face either Sweden or European champions the Netherlands on Sunday.

Both sides will meet on Wednesday in the other semifinal clash, and the losers will take on England in Nice in Saturday’s third-place play-off.