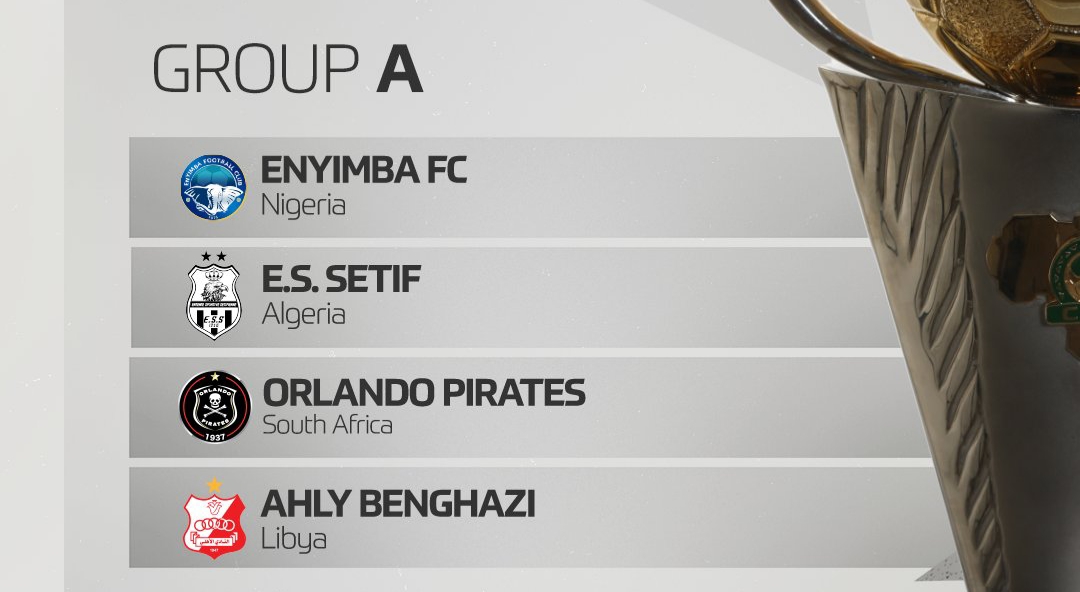 Nigeria Professional Football League (NPFL) club, Enyimba have been drawn in the Group A of the CAF Confederation Cup on Monday.

Enyimba, who dropped from the CAF Champions League before going through playoffs to reach this stage, will be up against some tough teams in the continent.

The Peoples Elephants will take on E.S. Setif of Algeria, Orlanda Pirates of South Africa and Ahly Benghazi of Lybia in the group.

Enyimba defeated another Nigerian team, Rivers United in the playoffs to advance to the group stage of the continental second-tier competition.

The Aba giants, who are two-time Champions League winners, are looking to make history as the first Nigerian club to win the Cup competition.