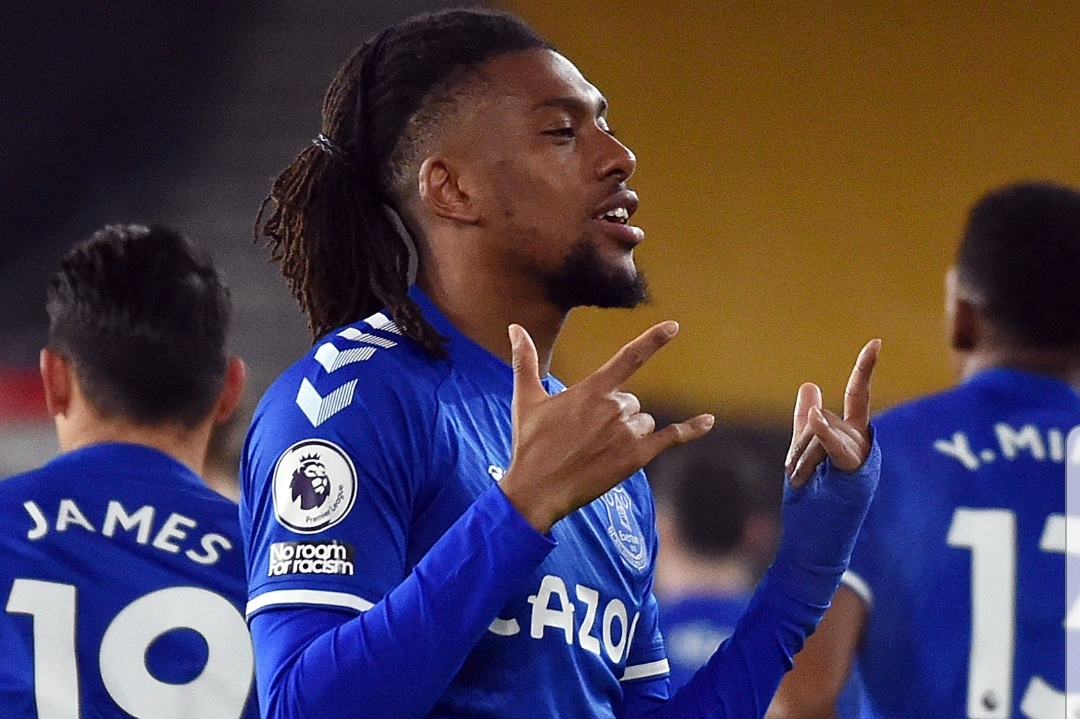 Super Eagles forward, Alex Iwobi was on target for Everton in their 2-1 victory against Wolverhampton Wanderers in a Premier League encounter on Tuesday night.

The goal was Iwobi’s first goal of the season, and he was assisted with a swift pass from the box by Lucas Digne as he opened the scoring on six minutes.

The lead did not last long as Wolves fought back to level through Rúben Neves eight minutes after, but Michael Keane scored the winner in the 77th minute for the Toffees.

Tuesday’s victory was the Toffees’ sixth away win in the league this season, and it lifted them to fourth in the table, level on points with third-place Leicester.

With the win, the Red Devils climbed to the top of the English Premier League table, three points above second-place Liverpool.

The Blades had secured a first win since July 2020 last weekend when they defeated Bristol Rovers 3-2 in the FA Cup.

Having hoped for a win since week one, victory finally came in the 18th league game of the campaign, as they defeated 10-man Newcastle United at Bramall Lane.

Newcastle’s Ryan Fraser was sent off late on in the first half after he picked up two bookings in three minutes, while a 79th-minute penalty by substitute Billy Sharp proved the only goal of the game.