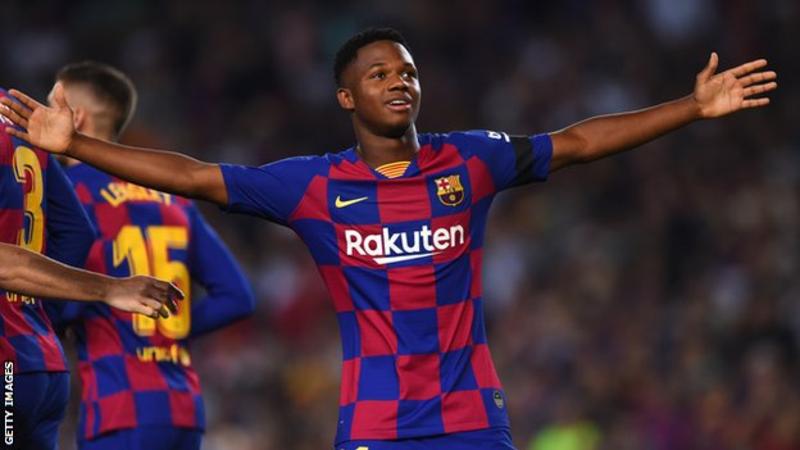 Barcelona secured a 5-2 victory over Valencia in La Liga on Saturday, with teenager Ansu Fati scoring on his first senior start for the club.

The 16-year-old forward scored a second minute goal to put the hosts ahead as he bursted onto Frenkie de Jong’s square ball to score.

Fati then returned the favour five minutes later when he cut the ball back for De Jong to double the hosts’ lead.

Valencia fought back and halved the deficit through a Kevin Gameiro strike before halftime.

But Gerard Pique scored as the goal rain continued in the second half, and Suarez bagged a brace to seal victory before Maxi Gomez scored a late consolation for the visitors.

Valencia remain in 12th place in the La Liga table, while victory for Barca moves them up to fourth.