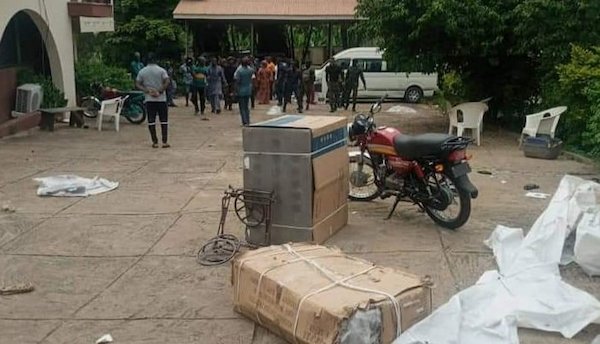 Hoodlums masquerading as #EndSARS protesters on Saturday broke into the Oluyole, Ibadan, residence of the Senator representing Oyo Central Senatorial District, Teslim Folarin, and carted away items worth millions of naira.

Items that were taken away from the lawmaker’s home included deep 300 motorcycles, deep freezers, generators and food items.

The items were meant for the empowerment programme in the district.

Folarin, who is said to be out of the country, confirmed the incident to journalists on telephone.

He said: “I am relieved because no life was lost during the invasion.”

The spokesman of the state police command, Olugbenga Fadeyi, also confirmed the incident.

“The Divisional Police Officer, Oluyole, is fully aware of the development and the matter is being investigated.

“We shall be able to give the detail on the circumstance surrounding the incident after the investigation has been concluded,” he said.

Lalong reimposes curfew in Jos over looting of COVID-19 palliatives