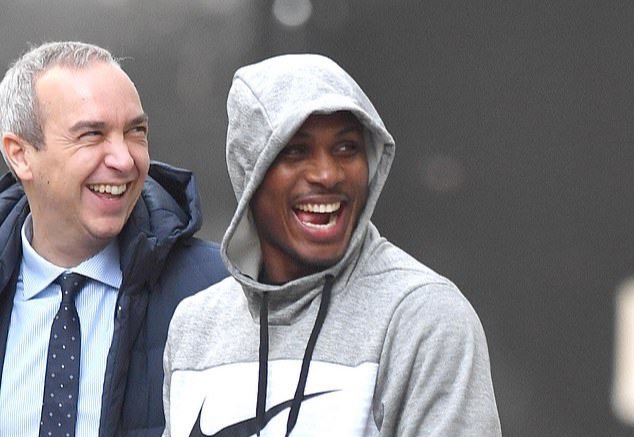 Odion Ighalo may have signed a six-month loan deal with Manchester United but could get a permanent deal at the end of his stay if he impresses.

This was revealed by club manager, Ole Gunnar Solskjaer during his prematch news conference on Sunday.

Ighalo, 30, made the move to his dream club on deadline day in the January transfer window, and is set to make his debut for the Old Trafford club today (Monday).

The former Super Eagles star was mainly employed to cover for the absence of England forward Marcus Rashford, who is currently nursing a back injury, and is expected to be back before Ighalo’s deal expires.

Solskjaer however said things could turn out for the good of Ighalo, who had always wanted to play for Manchester United.

“It’s a loan, but when you’re in the door and if you impress it gives you a chance,” said Solskjaer.

“That’s exactly the same for everyone who signs if it’s permanent or it’s a loan. If you impress as a player, if you impress as a person, if you can help this group improve, then of course there’s a chance that we’ll look at extending things.

“That doesn’t just go for Odion, but since you asked, yes, of course his incentive is to play as well as he can. And it’s up to us to make sure that he’d want to stay if we wanted him.

“Hopefully he’ll prove to you what I think he will. He’s a proven goalscorer, so he’ll do all right.”

Ighalo could feature for United in the Premier League as they battle Chelsea at Stamford Bridge tonight.