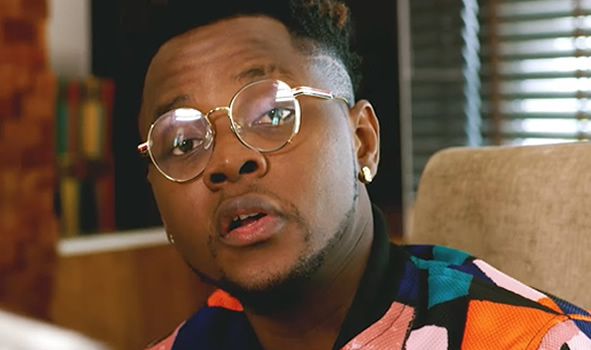 Afrobeat singer, Kizz Daniel has taken to his Instagram platform to issue a public apology for coming late to a show in Silver Spring, Marland, United States.

Ripples Nigeria gathered that concert-goers requested for a refund after the singer reportedly showed up at the show four hours after the scheduled time.

In a post shared on Saturday, July 9, Kizz Daniel gave reasons for his lateness.

Kizz Daniel said that his passport was withheld at the US consulate in Nigeria until the day of the show which caused his previously booked flights to be canceled.

“DMV, THANK YOU FOR SHOWING UP LAST NIGHT, AND SINCERE APOLOGIES FOR ALL THAT HAPPENED. FOR SOME REASON, MY PASSPORT WAS WITHHELD AT THE US CONSULATE IN NIGERIA UNTIL THE DAY OF THE SHOW AND PREVIOUSLY BOOKED FLIGHTS HAD TO BE CANCELED. SAME REASON I RESCHEDULED THE NEW YORK SHOW.

JUST FOR THE LOVE AND RESPECT, I HAVE FOR YOU AND MY CRAFT I GOT ON THE NEXT AVAILABLE FLIGHT TO NEW YORK THE SECOND I HAD MY PASSPORT THINKING I COULD STILL MAKE IT CUZ I JUST DON’T WANT TO CANCEL ANOTHER DATE. I BOOKED A PJ TO DMV FROM NEW YORK TO MAKE THE JOURNEY FASTER BUT UNFORTUNATELY, IT DIDN’T WORK.

I WENT STRAIGHT TO THE VENUE FROM THE AIRPORT.

WE COULD HAVE MOVED THE SHOW BUT MY TEAM AND I BELIEVED WE COULD MEET UP.

THE PERFORMANCE WOULD HAVE BEEN LONGER ALSO IF THE VENUE HAD ALLOWED IT.
SO SORRY GUYS, I WILL MAKE IT UP TO YOU. A NEW DATE WILL BE ANNOUNCED AND ALL YOUR TICKETS REMAIN VALID.”

Singer Burna Boy reveals why he isn’t interested in politics