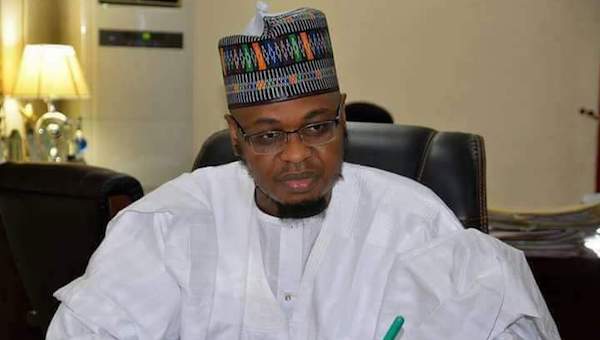 As the arguments rage on regarding whether the Minister of Communications, Isa Pantami, should tender his resignation over his extremist past, a member of the House of Representatives has made a startling revelation.

Yusuf Gagdi, a member of the House of Representatives, has alleged that the Department of State Services failed to submit a report to the National Assembly about Pantami’s past, during his ministerial screening in 2019.

Gagdi is the Chairman of the House of Representatives Committee on Navy and a member representing Plateau State’s Pankshin, Kanke, and Kanam Federal Constituency.

He made this assertion during an interview on TVC’s “Your View” breakfast show on Monday.

In response to questions about the screening by the DSS, Gagdi said, “I don’t think it is valid that there was (anything) in that study about Pantami to the National Assembly, quote me anywhere.

“What is clear, and what I stand by, is that this burden, which some Nigerians who had the privilege of knowing Pantami’s dedication and disposition when he was 34, why didn’t they bring it to the National Assembly’s attention during the screening of ministerial nominees?

“These Nigerians that have access to this very important information, what stopped them from hitting the media with it at the time the screening exercise was being conducted? That was the time the National Assembly had the power to reject nominations of the President or to confirm nominations.

Gagdi also stated that the President has the authority to exclude or keep Pantami from his cabinet.

“He (the President) has the option of granting Pantami a prerogative of mercy or dismissing him. That is his own influence, just as President (Donald) Trump agreed to pardon offenders in the United States before the end of his term, which was unpopular with some Democrats. The lawmaker said, “It is the same democracy that we have in Nigeria.”

Pantami has been roundly criticised over his incendiary rhetorics soliciting support for terrorist organisations such as the Taliban and Al-Qaeda.

The Presidency also exonerated Pantami, stating that he made those comments when he was younger.

Five killed as gunmen attack another police station in Imo