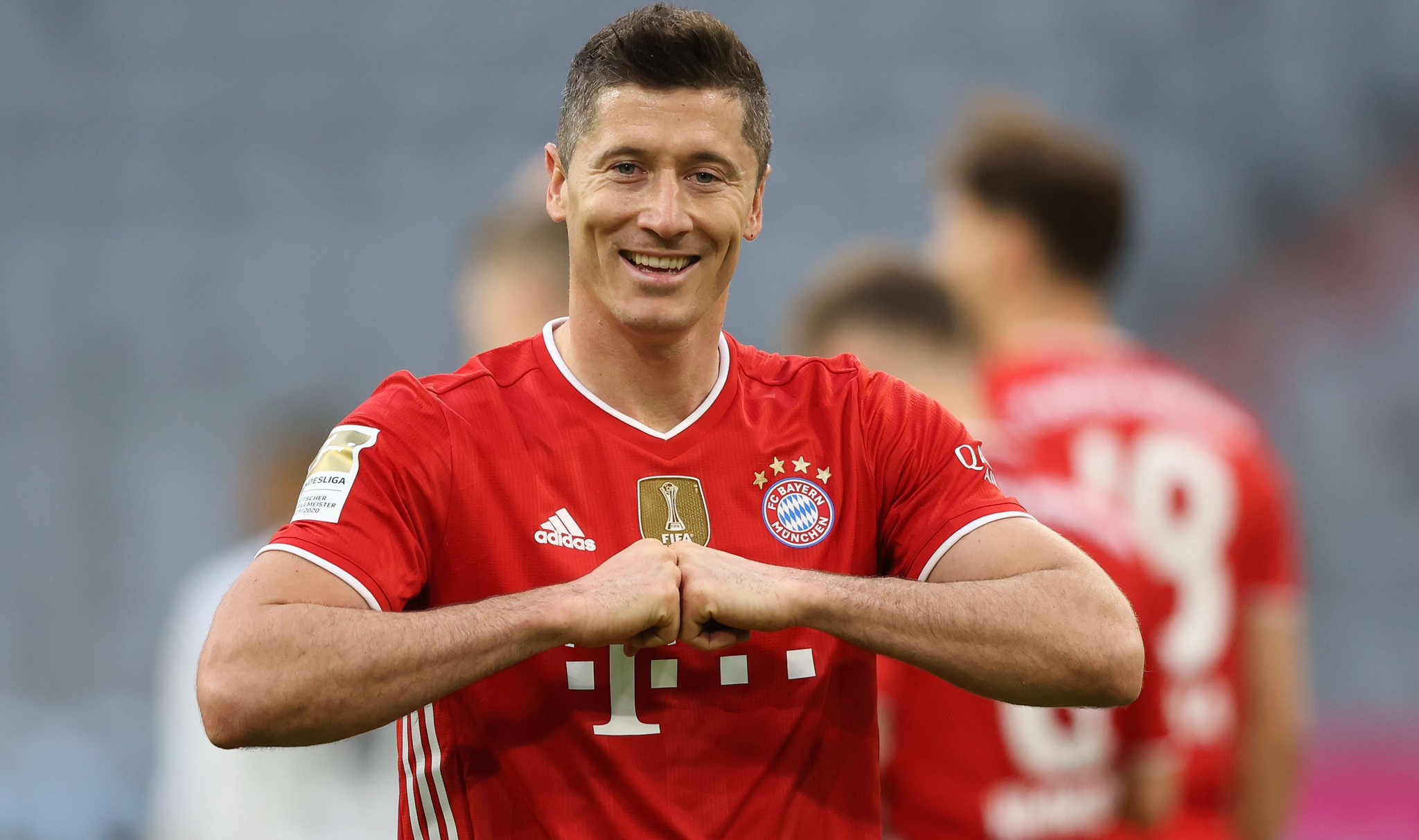 Bayern forward, Robert Lewandowski has broken a 49-year Bundesliga goalscoring record after scoring for his team on Saturday.

The Poland star broke MlGerd Muller’s record of 40 Bundesliga goals in a season.

With the scoreline on 4-2 and going into the dying minutes, the reigning FIFA Player of the year pounced in the 90th minute to bag his 41st goal of the season.

Lewandowski now has 53 goals in 46 games for club and country this season heading into Euro 2020.

Bayern had already wrapped up their ninth consecutive Bundesliga title and so the win meant so little.

After the game, the champions said goodbye to their manager, Hansi Flick and a number of star players who will leave this summer.

Related Topics:bayernBundesligaRobert Lewandowski
Up Next