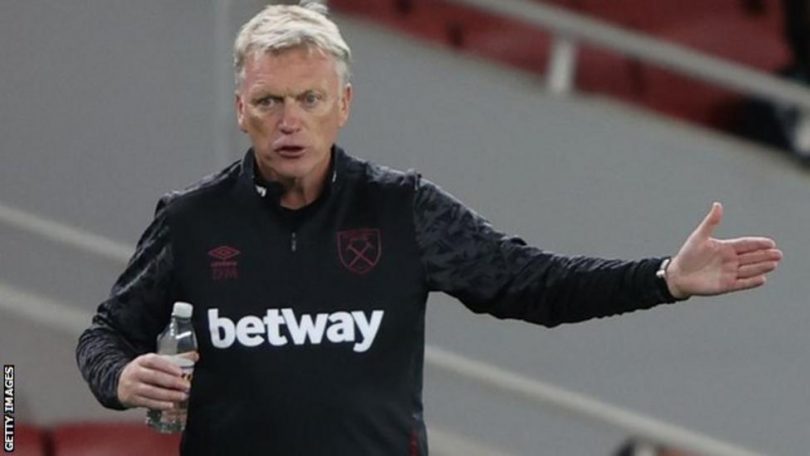 West Ham manager, David Moyes and two players of the Premier League club have tested positive for the dreaded coronavirus.

The 57-yeard coach alongside defender Issa Diop and midfielder Josh Cullen will now be required to self-isolate.

The trio missed their Carabao Cup fixture of Tuesday against Championship side Hull City, which the Hammers won 5-1.

“The manager and both players immediately left the stadium and have returned home,” said a club statement.

West Ham said the three men were all asymptomatic and assistant manager Alan Irvine took charge of the Hull match at London Stadium.

Guidelines in England require Moyes, Diop and Cullen ti self-isolate for at least 10 days, which means they will miss all trainings and also their Premier League encounter against Wolverhampton Wanderers this weekend.