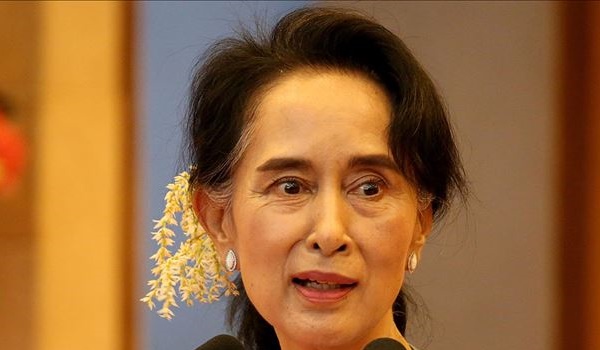 Myanmar’s state counsellor Aung San Suu Kyi, 75, President Win Myint and some other members of the National League of Democracy have been arrested by security forces in an apparent coup.

Reports say Aung San Suu Kyi and the others were arrested at their residences in the capital Naypyidaw early on Monday after the country’s powerful army previously threatened to ‘take action’ over alleged fraud in a November election.

Reacting to her arrest from detention, Aung San Suu Kyi called for public protests against a military coup in Myanmar.

The leader, who was seized in a morning raid, said the military was trying to re-impose dictatorship. “I urge people not to accept this, to respond and wholeheartedly to protest against the coup by the military,” a statement released in her name said.

Sean Turnell, an Australian academic who serves as an adviser to Aung San Suu Kyi, confirmed her arrest, and said that internet and phone service in the capital were down.

“All the people in Naypyidaw have been cut off, so it looks like the reports about Aung San Suu Kyi and the president being detained appear to be true,” he told the Financial Times from Yangon. “There has been no statement from the military yet.”

Myanmar’s military television announced on Monday morning that the army had taken control of the country for one year, with power handed to Commander-in-chief General Min Aung Hlaing.

It said the army had declared a state of emergency, and had detained senior government leaders in response to “fraud” during last year’s general election.