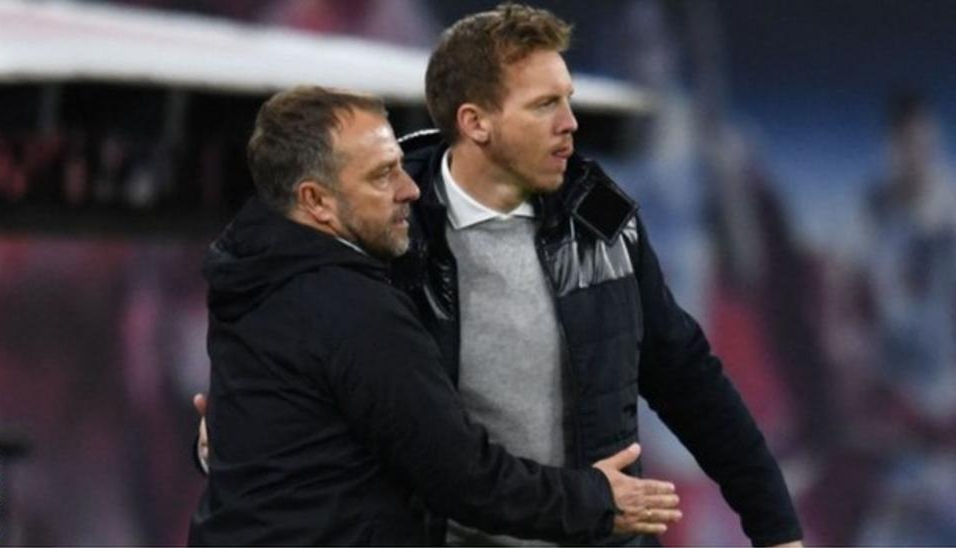 RB Leipzig coach, Julian Nagelsmann will be replacing Hansi Flick as manager of Bayern Munich at the end of the season.

Flick, who led Bayern to the Bundesliga and Champions League title last season, had earlier announced he would be leaving the club after this season.

The 56-year-old had been heavily linked with the Germany national team job, with Joachim Low set to quit after this summer’s European Championship.

Nagelsmann has now signed a five-year contract with the German champions, with reports saying he will cost Bayern more than £20m in compensation.

At 33, Nagelsmann is one of the most highly-rated young managers in Europe and led Leipzig to a Champions League semi-final last year.