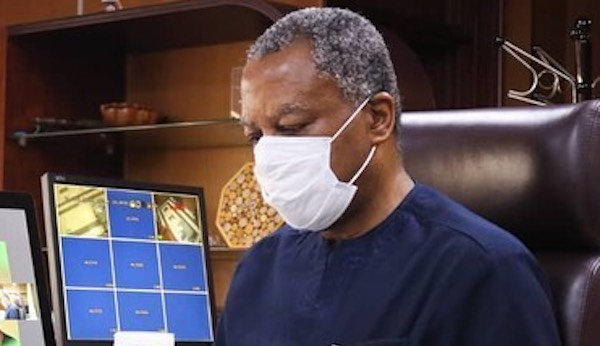 The Federal Government on Thursday expressed satisfaction over the moves by the Ghanaian government to address the demolition of a Nigeria High Commission building in Accra.

Armed men had last Friday invaded the Nigerian High Commission in Ghana and demolished a building inside the premises.

Botchewey had earlier said on Thursday the Ghanaian government would restore the building to its original state.

Onyeama, however, expressed concerns that reports indicated that the perpetrators of the act were unhindered and had a lot of time despite calls to the Ghanaian authorities by the Charge d’Affaires of the Nigerian High Commission in Ghana.

He added that security operatives who were on ground during the demolition were allegedly in support of people that violated Nigeria’s sovereign territory in Ghana.

Onyeama said: “The perpetrators had been arrested and arraigned in court and the government of Ghana had apologised and equally promised to rectify all the pending paper works that led to the misinformation of the Lands Commission in Ghana.

“The government of Ghana had assumed a total responsibility and with the apology, we have made it clear that they will be responsible for restitution – rebuilding the building to the state that it was when it was destroyed.

“So, this is to say that the matter had been satisfactorily resolved and that at very highest level as I mentioned, President Muhammadu Buhari personally engaged in this process.

“The President of Ghana has apologised, those who carried out the action had been arrested and charged to court and the Ghana government agreed to rebuild the property.

“So, we would like to put the matter to rest and to acknowledge the very speedy reaction of the Ghanaian government and to say that we will now continue to further strengthen relations between our two countries, take lessons learnt from what happened and move ahead without recriminations.”