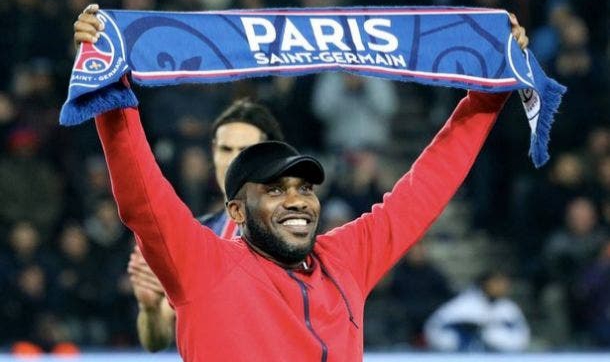 The former Nigeria international sent a good luck message to the Ligue 1 side ahead of Sunday’s final against their Bundesliga counterparts in Lisbon.

PSG are playing their first-ever Champions League final after a comfortable 3-0 win against RB Leipzig in the semi-final last week.

“Hello, it’s Jay Jay Okocha. I just want to say congratulations to players of Paris Saint-Germain and the manager for qualifying for the final of the Champions League.

“I wish you all the best for the final. Allez Paris!” he said in a short video on social media.

The Thomas Tuchel side have already won Ligue 1, French Cup and League Cup, and could become the second European side to win the quadruple after Celtic did it in 1967.

Meanwhile, five-time Champions League winners, Bayern, will be targeting their second treble in their history after achieving the feat in 2013.

Okocha joined PSG in a record deal in 1998 and spent four seasons before leaving.

He bagged 12 goals in 84 appearances for the French capital club, winning the French Super Cup (1998) and UEFA Inter Toto Cup (2001), before leaving for Bolton Wanderers in 2002.