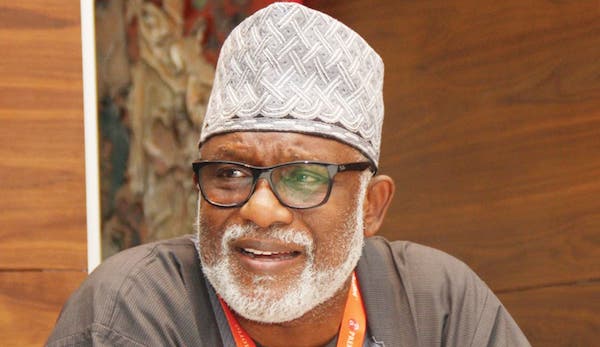 Ondo State Governor, Rotimi Akeredolu, has expressed shock at his defeat in Akure during last weekend’s governorship election in the state.

The governor, who was re-elected for another term of four years, suffered defeat in Akure South, Akure North and Ifedore local government areas of the state.

He, however, won in 15 other local government areas of the state.

Akeredolu, who appeared on a television programme in Akure, said winning in 15 LGAs was a slight improvement from his performance in 2016.

READ ALSO: I’ll address the ‘genuine grievances’ of those who didn’t vote for me —Akeredolu

He also said his running mate, Lucky Ayedatiwa, would be a loyal deputy.

The governor said: “I’m shocked at what happened in Akure because I take Akure South, Akure North and Ifedore as one Akure. So, I’m shocked at the development there. But I will put that behind me. I will move forward. I thought I would win in Akure because I worked in those three local governments where people turned against us. But it is alright by me. We’ll forget it.

“Matters like this do repeat itself but it cannot come from the deputy that I have chosen now. I have a lot of confidence in him. I don’t see him behaving like the former one.”

Related Topics:akeredoluAkureOndo Election
Up Next

RipplesMetrics: Nigeria’s Budget 2020 and 2021 —disparities, similarities; where the money went