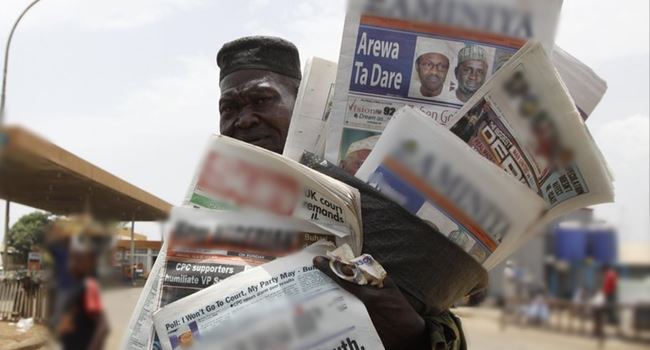 “The pen is mightier than the sword.”

The proverb simply suggests that the scholars and writers invisibly exercise greater influence on people than warriors and rulers.

Actually, the art of writing is considered stronger than the act of war. This is because the glories of the sword cause misery and do not last forever, while the influence of writing is omnipotent, guiding nations for years ahead.

We often believe that force is essential and thus we feel that sword has more power and strength when compared with a pen.

The pen is an expressive object and words influence people. A writer expresses a public opinion as well as self-opinion with the help of a pen and when this opinion connects with the reader’s mind, it creates more influence than the sword which is used to fight and win in the war.

The writer has written his opinion and it is not at all necessary that the reader gets convinced by his opinions. However, it is a peaceful way to convey one’s opinions to others.

It is a peaceful means to open up and influence others rather than dominating others by shedding their blood and taking their lives. Sword forces views on others. It is used to oppress others. More than good, it does evil because of its enormous power.

For instance, the great achievements of Alexander, Napoleon, and other rulers ended up in oblivion. However, the great preaching and writings of philosophers and authors have lasting effects that live forever in the hearts of people.

In our past and present, there are many examples where writers have changed the world and became able to demonstrate the power of writing thereby creating charisma.

Conducting research across various Nigerian media outlets (even foreign ones) on the scourge of terrorism throws up an interesting result – a majority of the op-ed and reports about this menace labelled it “banditry.”

The disparity between banditry and terrorism is so huge that one can’t fail to notice the dissemination of a narrative towards humanising these terrorists while trivialising the pains of the victims.

Fayemi, who is the Chairman of the Nigerian Governors’ Forum, said this on Tuesday, February 23, when he paid a visit to the Governor of Niger State, Abubakar Sani Bello.

He made the statement amid the kidnapping of some students and staff of the Government Science College, Kagara in Rafi Local Government in Niger State by bandits.

“What we are witnessing is terrorism, there is no other name for it. We may call it banditry, kidnaping, these are the remnants of the actors in the North-East that have found themselves in other parts of the country. Whether they are known as ISWAP, Shekau faction, they are remnants of what we are still dealing with in that part of Nigeria,” he said.

Analysing Fayemi’s statement revealed that the current “bandits” are factions of the terrorist groups which have been wreaking mayhem on the Nigerian populace since the turn of the noughties.

This dishonest reporting has desensitised the citizenry from the reality and after-effects of heinous crimes being committed by these terrorists.

This begs the question of the reason behind the change of nomenclature from “terrorists” to “bandits”.

One may be forced to postulate that there are political undertones to the subtle renaming of these terrorists with the media all too happy to play into this narrative.

While the media does not portray an accurate representation of our nation, the majority run on what they can sell and therefore generate manifestations of our desires.

The media is largely a reflection of who we are. Right now [we live in] a fractious and furious nation. We all are facing a media catastrophe: an apocalypse of dubious information.

This is why the onus is on media practitioners and stakeholders to be more responsible whilst discharging their duties in order to engender a peaceful Nigeria.

Foreign reserves drop by 408.2m in one week, as Naira depreciates