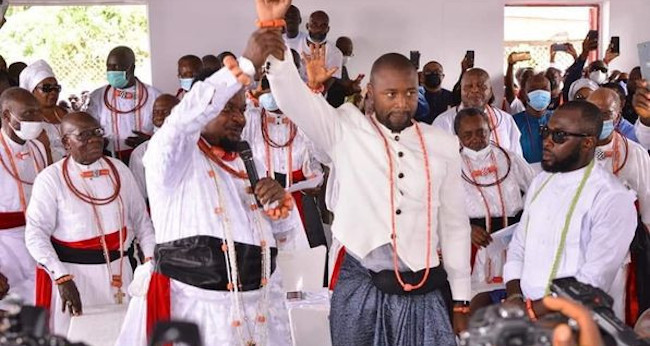 Ikenwoli, who is the 20th Olu Of Warri, reportedly died from COVID-19 complications in December last year.

A palace official, Johnson Amatserunreleghe, who announced the monarch’s death at the end of a meeting on Monday, said the town would go into three-month mourning from the date of the announcement.

He added that there would be no celebration in the town during the period.

Emiko, who was born on April 2, 1984, holds a Bachelor of Arts degree in International Studies and political science as well as a Master’s degree in Management.