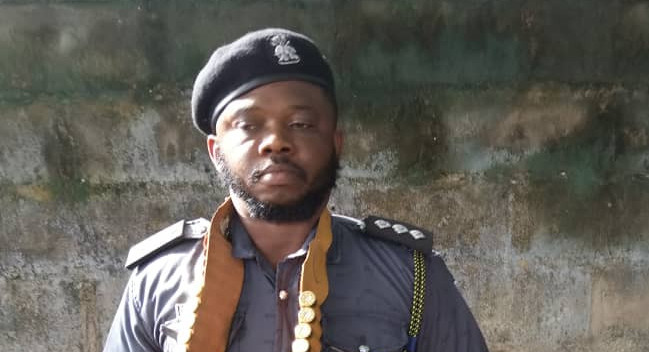 The spokesman of the state police command, Orlando Ikeokwo, who confirmed the development to journalists on Sunday in Owerri, said Osundu was among the criminals that attacked the custodial centre and police command headquarters on April 5.

He said the suspect claimed to be a trained police spy in Lagos.

Gunmen had on that fateful day attacked the custodial centre and freed 1,844 inmates.

They also wreaked havoc on the state police command headquarters.

The police had earlier arrested some persons in connection with the incident.

The spokesman said one English made Pump action rifle, 26 live cartridges, a pair of police uniform with the rank of Deputy Superintendent of Police (DSP) were recovered from the suspect.

Ikeokwu said: “In line with the mandate and directive of the Inspector General of Police, Alkali Baba Usman, to restore peace and tranquillity in Imo State as well as the determination and adoption of a robust crime prevention and detection strategy of the new Commissioner of Police in Imo State, Abutu Yaro, operatives of the Command while on surveillance and confidence-building patrol arrested one Micheal Osundu of Owerri but claim to be based in London, United Kingdom.

“He was arrested in connection with criminal activities in the state, and he is reasonably suspected to be part of the hoodlums that attacked the Nigeria Correctional Services and the Police headquarters on the 5/04/21.

“However, at the point of arrest, one English made Pump action rifle and 26 live cartridges, a pair of police uniform with the rank of Deputy Superintendent of Police (DSP) which was hidden in his Tinted Toyota Escalade vehicle were recovered.

“Upon interrogation, he claimed to be a police spy trained at the Police Training School, Ikeja, Lagos.

“Meanwhile the Commissioner of Police has ordered a full-scale investigation into the matter, with a view of discovering his level of culpability and possibly arresting other suspects.”