Home » Latest » REMATCH: Fury insists Wilder will ‘go to sleep’ in round two 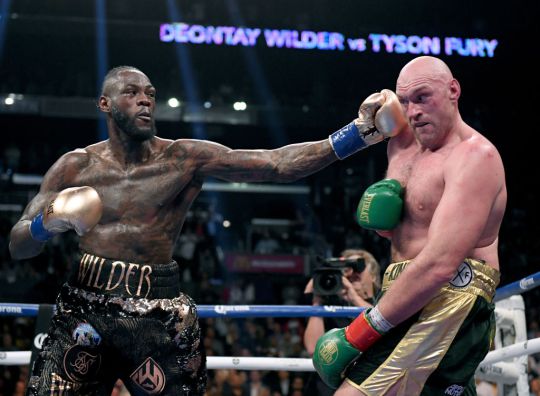 Ahead of their heavyweight boxing rematch billed for upper Saturday, Tyson Fury has insisted that he will knock Deontay Wilder out in two rounds.

Both boxers are undefeated, and will face off at the MGM Arena in Las Vegas on February 22, 2020.

Fury, who picked a controversial draw against his American opponent in their first meeting at Staples Centre in December 2018, is looking to pick a win this time.

“Deontay knows he was rocked three or four times in the last fight and I didn’t have the gas to finish him. This time I can turn that screwdriver until he is gone,” the Briton said.

Read Also: Wilder vows to retire if Fury knocks him out in second round

“Wilder is going to sleep in two rounds. I keep having the same dream about round two. I am playing poker and I get dealt the number two card. He is getting knocked out in round two, 100 per cent.”

Fury did not accept the draw in their first bout, neither did Wilder. But Fury says victory on February 22 will ensure he gets what he deserved.

“And if he wants to rematch again, no problem. You beat a man once, you beat him again, you beat him three times in a row.” he added

Wilder is the reigning WBC champion, and would be putting the title on the line when he faces Fury.